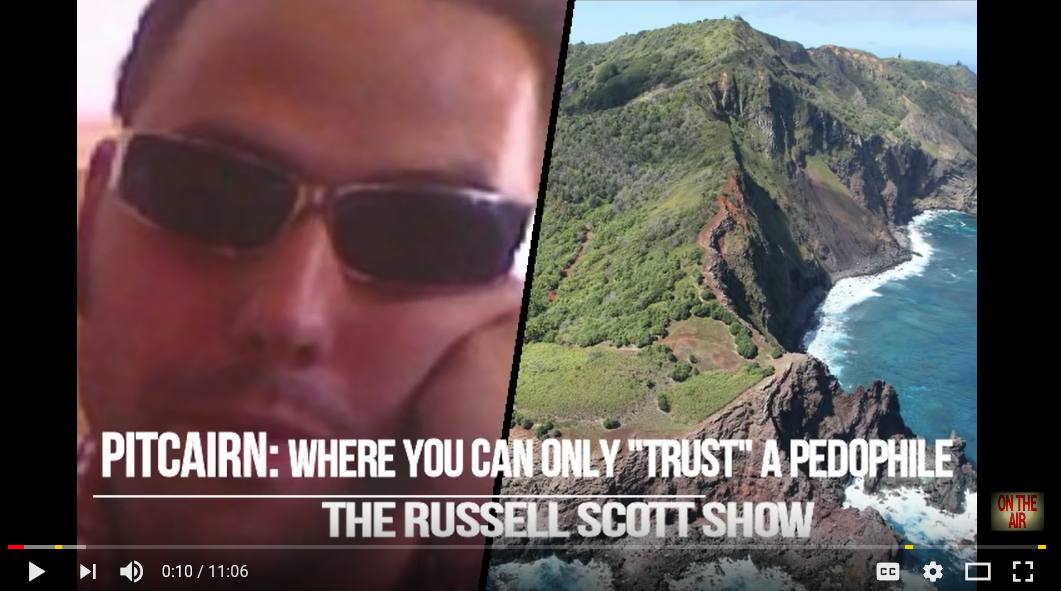 Shock! Pitcairn is a whole pedophile Island. No foreigner should travel this island and if they do, they are openly not welcome. Children of this island are not allowed to get close to the travelers and it even has “laws” that each child is assigned to one handler. The entire population of this island is under 50 people. The Mayor of Pitcairn; Steve Cristian was arrested and jailed as a convicted pedophile.

In 2016, the UK’s government launched a new law in order. According to this law, no government official is allowed to take their children in Pitcairn.

The question is where are the international authorities? They know about what we privately eat in our houses, what the criminals do on the dark web, what the Taliban militias do in their caves in the midst of the desert but where are they when a small island has official pedophile laws in place? It is not a fancy island. People do not live a luxury life. To me everything seems ugly and dirty but yet, people have traveled and noticed the situation and besides a trial has been ongoing since 2004 but there is no reaction from international outlets.

Even Wikipedia has set up a page about the trial:

“The Pitcairn sexual assault trial of 2004 concerned seven men living on Pitcairn Island who faced 55 charges relating to sexual offences against children and young people. The accused represented a third of the island’s male population and included Steve Christian, the mayor. On 24 October, all but one of the defendants were found guilty on at least some of the charges.[1][2][3] Another six men living abroad, including Shawn Christian, who later served as mayor of Pitcairn, were tried on 41 charges in a separate trial in Auckland, New Zealand, in 2005.”

ADAMSTOWN, Pitcairn Island, Oct. 19 – In a wooden post office on a small rock in the middle of the Pacific Ocean, a confessed child molester is selling stamps.

The postman is Dennis Christian, and his customers are two black-gowned lawyers, each clutching a postcard bearing the slogan “Pitcairn Island.”

The lawyers have just strolled over from the island’s public hall, a makeshift courthouse where three judges are hearing claims that this British colonial territory has for the past 40 years been infected with a shocking culture of pedophilia, incest and secrecy.

Seven of the island’s men are being tried on 55 counts of rape, indecent assault and gross indecency against Pitcairn girls aged from 5 to 15. That is precisely half the 14 full-time male residents. (There are also 15 women and 10 children.)