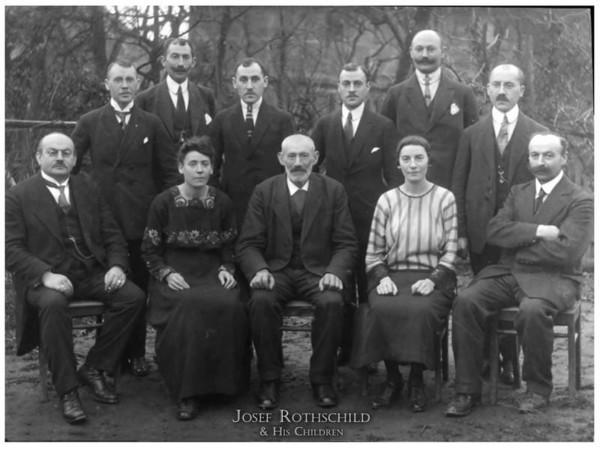 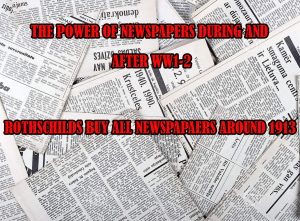 During both WW1 and WW2, Rothschilds had control on the money coming from all countries who were engaged in war in Europe. It was just simple. They were the only bankers even if with different names, they were the only money exchangers, the only loaners and treasurers. Whatever should be bought or exchanged, whether arms or staff or safety, they were involved. They could easily manipulate strategies and policies governing both wars and lead them to the results they wanted to happen. Which means the results we see today. It’s just more than easy to understand. If you are the only one who can do a job and if you are highly capable in it, then anybody in need of that service, needs you. Now if you are enough good to play the game, the winner is you. Because the “leverage” for “the only one” can be so vigorous and considerable to discipline whoever needs the service, under “your” control. Worldwide strategies and decisions have been manipulated by Rothschild’s up to that very moment in history around 1913, but there were still no serious plan to overtake countries and politicians and there were still no trace of the so-called fantasy of a New World Order. But the experience of overseas manipulation, gave them an idea.
In those years, the Rothschilds learnt something. “The power of Radio and Newspapers.” 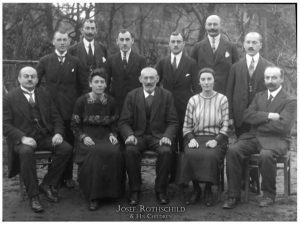 Josef Rothschild and his children