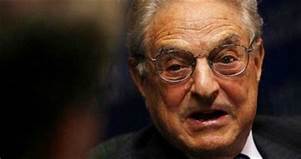 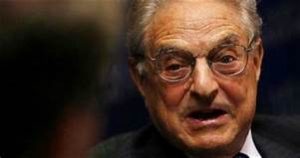 The biggest actor in the field of destructive philanthropists after Rockefellers is George Soros, a Hungarian immigrant who was 14 years old in the rise of Hitler. In his famous 60 minutes interview with Steve Kroft on December 20, 1998, he admitted while he was a Jew, he presented himself to SS Nazi authorities as a Christian and cooperated with them in confiscating his fellow Jews’ properties. He not only claims to feel no regret of this inhuman act, but also recall those years (helping Nazis), as: “the happiest years of my life.”
I have dedicated two full chapters to this strategic main game changer (as he calls himself) and forced intruder of our lives. The planetary parasite is a man who totally changed the balance of post WW2’s global power division through his financial terrorism. His war machine and total control over major countries, his strategies and his destructive massive donations based on those strategies, had dramatically modified not only the world’s map, but also the fundamental structure of pillars within our families and consequently, our societies. Pillars like rules, relations, social-sexual-religious beliefs and sexual identity, all have been shaken up to prepare the population for the underground, untold, unelected, unwritten, but dangerously pursuit and almost accomplished, NEW WORLD ORDER on the face of the earth.