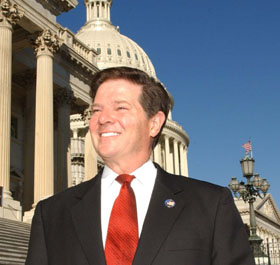 From RING OF THE CABAL, Page 469
All Rights Reserved.

In 2015, former U.S House Majority Leader Tom DeLay claimed the Obama Justice Department had drafted a memo to legalize 12 “perversions” including bestiality, pedophilia, and polygamy. Pay attention we are not talking about ANY Senator, but House Majority Leader. The shock was so electrifying that people preferred not to take it seriously.

What can be the scope of a government which takes steps to legalize pedophilia and bestiality?

Tom DeLay just named three out of twelve which the other one was polygamy. But what were other nine that he didn’t dare to name? What can be worse? It is heinous where we are going. Now we can easily notice the pattern on YouTube, Facebook, and Twitter where pedophiles openly started to jump out of the closet but their existence and statements are not considered as a violation of their policies? These platforms do not recognize pedophiles as dangerous or offensive, but they will flag and suspend our pages if we expose them. This is an ongoing invasion and an infringement of our right to free speech. They have overrun us.

In an interview for “The Steve Malzberg Show” on Newsmax TV, Tom DeLay said:

“We’ve … found a secret memo coming out of the Justice Department. They’re now going to go after 12 new perversions. Things like bestiality, polygamy, having sex with little boys and making that legal,”

“Not only that, but they have a whole list of strategies to go after the churches, the pastors and any businesses that try to assert their religious liberty. This is coming, and it’s coming like a tidal wave.”

“That’s correct, that’s correct. They’re coming down with 12 new perversions … LGBT [short for lesbian, gay, bisexual and transgender] is only the beginning. They’re going to start expanding it to the other perversions.”

This is House Majority Leader speaking at the time, not any Senator. It is equivalent of today, Nancy Pelosi announcing such a thing in an interview. This is the high-ranked official; the person number three in the government.

To release the classified memo, President Obama needed to authorize its issuance.

And we know why…

It could be time to listen and take our last chance seriously. This is real, and this is happening. So we should gird up our loins and start to act instead of hiding inside the bubble of our daily lives and repeat: Oh no this is impossible.

Oh yeah, this is possible, and we must get off the chairs and do something about it.

Wonder what to do and where to start? Read the conclusion.

Now we can understand where all these come from. Just take a look:

This defies belief. Liberals have wanted to normalize pedophilia for some time now. Social media does nothing about the sick degenerates who promote it. The left can never be allowed back into power. They destroy all that is good & normal. Pedophiles don't deserve to live. pic.twitter.com/EFlhDPWL1V

It's a world wide coming out! They've been doing predictive programming for quite some time. I thought my 4 yr old was watching kids shows on YouTube, shocker there was hidden sh.. like this. NO MORE YouTube for my kids pic.twitter.com/yF7PXWcHmi

This is where the sexual revolution has led us… It was always a slippery slope to total degeneracy. pic.twitter.com/bSqND33oqy

It is just all over us.
They are institutionally sexualizing schools and children with an organized, very well scheduled mind-control program.#FreeTommyRobinson #TommyRobinson #QAnon #QAnonPatriots #WeThePeople #GreatAwakening #TrumpArmy #Pizzagate #PEDOVORES #SaveTheChildren https://t.co/Mv1hvBNr0i

Ella, I’ve been fighting this rainbowcult for the last half year now in my country the Netherlands, because here they want to change the non-discrimination LAW in favor of genderdiversity and sexual preverence.

This company in the US + Canada shows how far the rabbithole goes. pic.twitter.com/4cOGBMSNlF

Where have all the lost children gone? In the laps of the satanists & the elite. pic.twitter.com/pWJtSFmiee

"My uncle Pete touches my private parts
I am sissy fagot" pic.twitter.com/3729qolVUC

No, they have been so sneaky getting this into all schools as a life choice! In kindergarten! https://t.co/T5MDOMNcjI

This is their agenda. Parents, WHERE are YOU? Wake up!!! pic.twitter.com/rPDpKGlswE

#RT @MBNRox: This article is exactly what SOUTHERN POVERTY LAW puts out to schools They need to be stoped!!!@MadRealShow @EllaaaCruzzz Parents Pull Kids from School over 'Too Much, Too Soon' Sex-Ed Curriculum https://t.co/WfOJFsrSTd via @WestJournalism

ABC / Disney hires convicted child molester Brian Peck to work on children's TV show a year after his release from prison! 😳🤬-WTH: You fire Roseanne for a bad joke but hire a convicted pedo to work with kids???? @ABCNetwork @Disney https://t.co/8Svb59KGLb

And Tom Arnold knew – "Gardens of the Night" Plot- "She and another victim, a young boy named Donnie, are forced into prostitution and pornography. Their clients include men in positions of authority, such as a judge."https://t.co/o4xDiHE1Hl 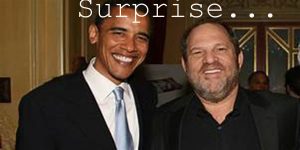 This is not accidental. It is very well organized, scheduled on a timetable, and they have a deadline to finish the job. There is no way possible that a coordinated effort happens in Finland, Sweden, the UK, the U.S and all over Europe with the same trajectory and with the same blueprint unless this is an order from an upper head super-power which is the United Nations or better say: The United Enemies of the Nations.

And it goes forever if I post all here. Homeschool your children as long as you still have the option. The sooner, the better.

God bless you all.