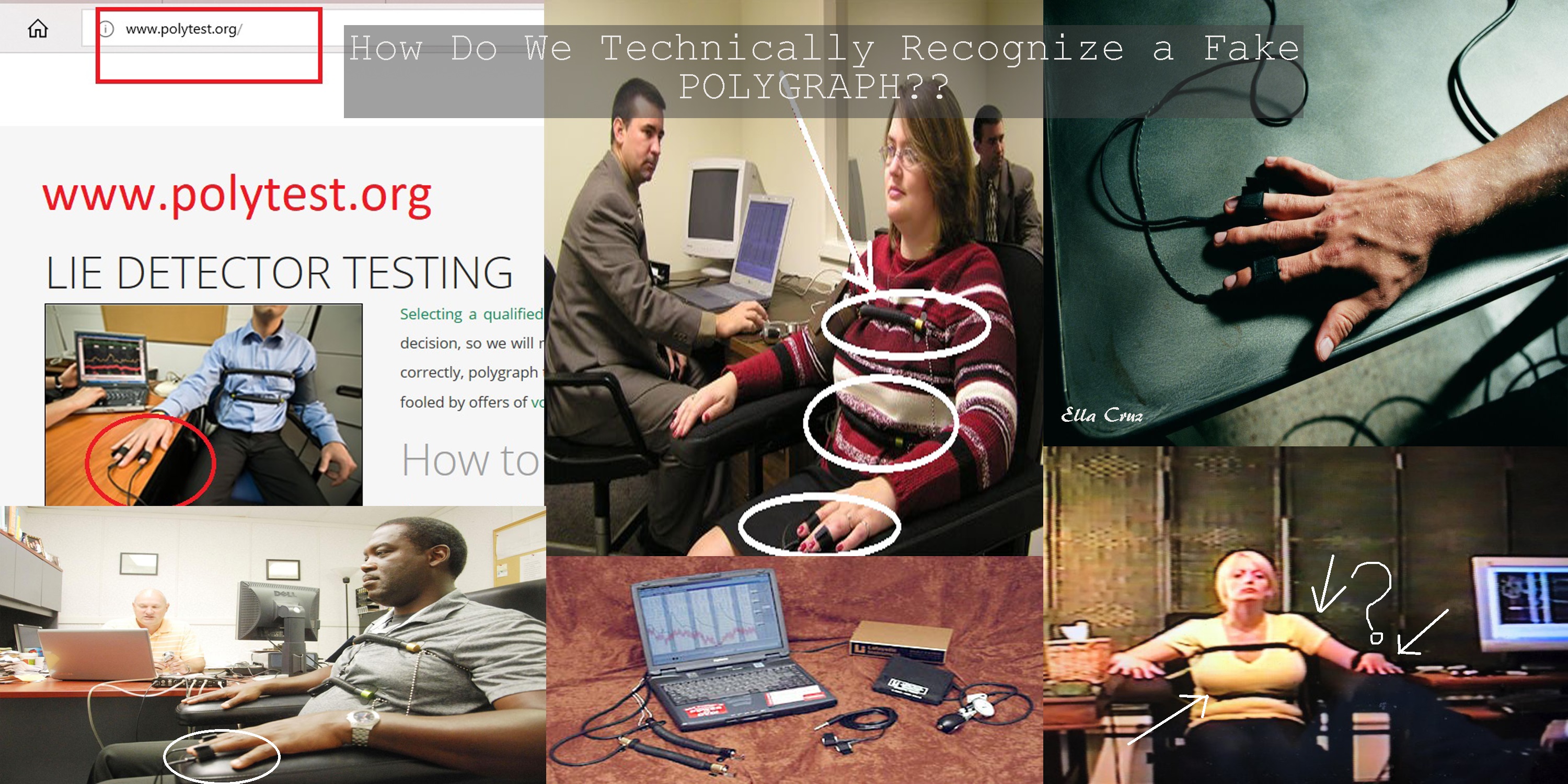 A polygraph detector has three parts:

This is a polygraph kit 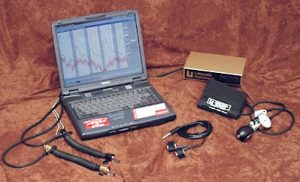 And this is different examples of how these tools are used for a polygraph test. 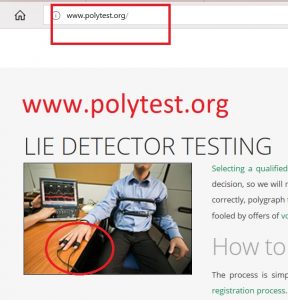 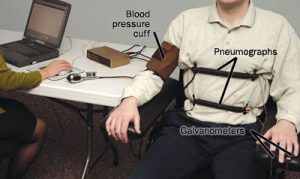 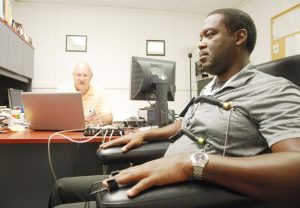 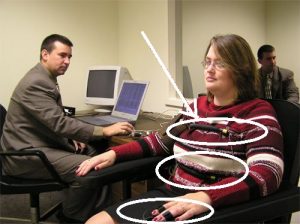 Pay attention to the thickness of pneumograph tubes. They are strong and you can see the electric tubes and they are well placed above the breasts to work properly.

In all of the above tests, the galvanograph which consists of electrical sensors attached to the fingertips is essential to the test. They are part of the test and the test will not function without them. It is a matter of the whole set working together. 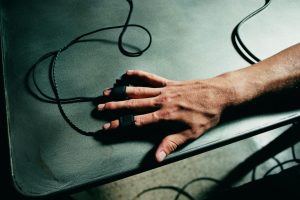 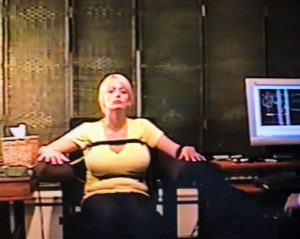 The photo is very blurry but enough clear to show:

1- There is no cardio-sphygmograph placed on her arm which measures blood pressure and heart rate.

2- She has only a black band on her plastic breasts. There are no sensors. They don’t seem pneumograph tubes. One of the bands is placed on her fake breasts and the other is not placed around the abdomen.

3- She has a black wristband which serves for nothing.

4- There are no sensors on her fingertips. The galvanograph practically doesn’t exist.

This test is FAKE and it is only designed to distract and replace the Russian narrative. How can mainstream media and all the never Trumper bullhorns lie to our faces like that?

How possibly, no doctor, no FBI agent, no criminology expert came forward to say this polygraph is fake??