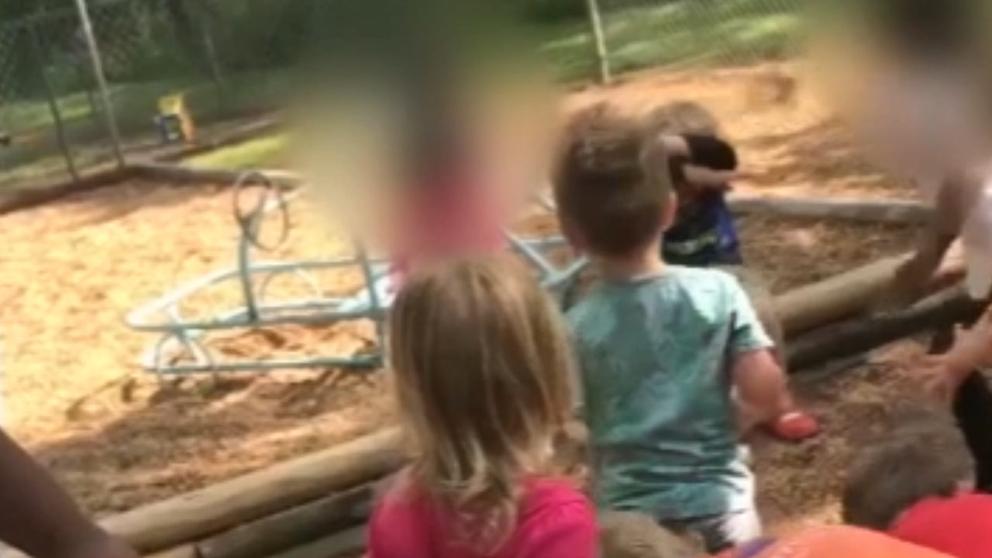 “A disturbing video is now surfacing coming out of Arkansas, where a daycare teacher told other students at Teach N Tend Daycare in Forrest City to throw rocks at a four-year-old child as punishment for what the teacher alleged was bad behavior.

The disgusting video has parents across the nation outraged that this could happen in a facility where supposed adults and teachers are left to provide and care for their children, but instead would encourage the act of stoning a child to prove a disciplinary point.”

“We’re going to provide the “daycare” all of the attention it deserves, by listing the address of Teach N Tend Daycare in Forrest City, Arkansas, located at 625 East Arkansas Avenue.

One of the teachers from the daycare apparently has some morals, since she is responsible for taking the video to the police about the incident.

What’s more disturbing is that the incident was caught on film, yet there was no intervention.

Both the person filming and the teacher should be prosecuted for these horrendous crimes against children.

The child, a 4-year-old, regardless of what he had done wrong, should never have to endure this kind of abuse from anyone let alone a demented criminal posing as a teacher at a daycare.

According to reports, the boy who was attacked in the video merely picked up rocks, and tossed them down on the ground when the teacher told him to put them down.

As punishment, the teacher told six other children to pelt the boy with rocks “to teach him a lesson,” according to the police report.

The boy can be seen in the footage down on his knees, crying as other students hurl the heavy stones at him.”