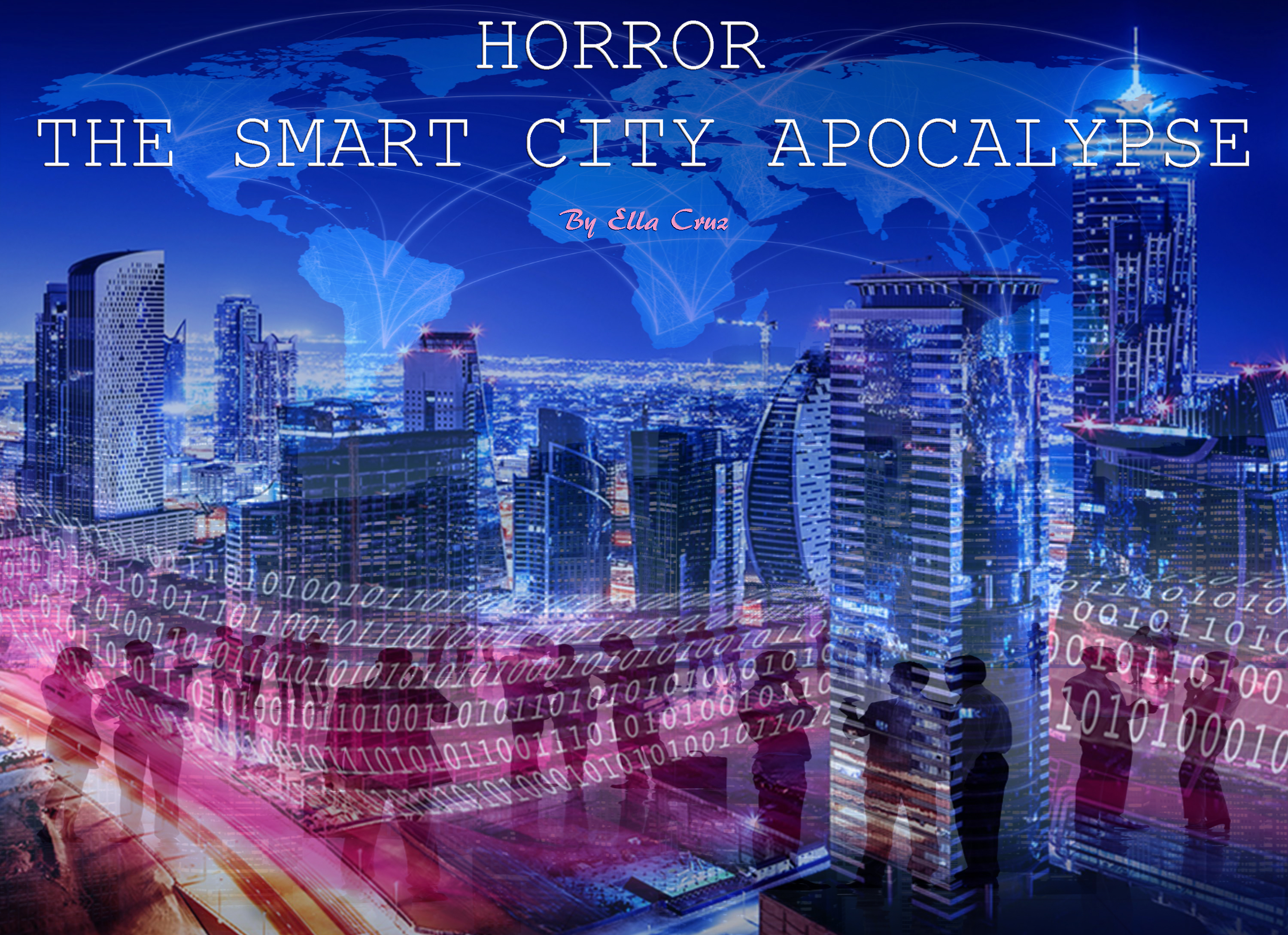 If you are horrified watching graphic pictures or disgusting scenes, be prepared for something worse. The real horror you must be terrified is this phrase: “SMART CITIES”. Bill Gates has bought 25,000 acres in Arizona to build a smart city. He has dedicated 80 million. 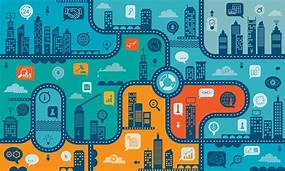 According to Business Insider: “Bill Gates has committed $80 million through one of his investment firms, Belmont Partners, to build a “smart city” in Arizona.
The city will integrate high-speed internet, smarter manufacturing, and systems that accommodate self-driving cars.
As more people move into cities, such technologies are poised to become more necessary.

Billionaire philanthropist Bill Gates has purchased nearly 25,000 acres of land in southwestern Arizona for the construction of a brand-new “smart city,” AZ Central reports.
In conjunction with Belmont Partners, who holds the property, Gates’s investment firm Cascade Investment LLC has committed $80 million to build a community composed of offices, stores, schools, and homes. The community will be known as Belmont.
Roughly 3,800 of the 24,800 acres will be devoted to office, commercial, and retail space, according to Belmont Partners, while 470 acres will be set aside for public schools. The new community will feature 80,000 residences, giving it a population of about 182,000, comparable to that of Tempe, Arizona.
Belmont Partners expects its development to feature all the trappings of a futuristic city: high-speed internet embedded in the built environment, accommodations for self-driving cars (such as traffic lights that communicate with one another to minimize congestion), and smarter manufacturing technology.

Belmont will be located 45 miles west of Phoenix, near a highway that runs straight to Las Vegas. Shutterstock
“The experimentation that takes place in this new community has the potential to demonstrate the viability of new smart city concepts and serve as an example for cities nationwide and globally,” Brooks Rainwater, the director of the City Solutions and Applied Research Center at the National League of Cities, told Business Insider.”–By Business Insider. To read the full article click here. 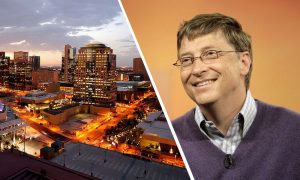 From RING OF THE CABAL; All Rights Reserved:

“It’s coming. The freedomless, cashless, gunless society is coming. And I am not habitually looking to the future through jaded lenses but just aware of 250 smart city projects in progress.

Smart cities are not beauties that I denigrate. There is nothing vital in them that I flatten. There is no universally defined vocabulary to describe the viciousness of smart cities. The final product of the new world order and the mark of the beast is coming.

Just as Twitter and Facebook shut down your account in a fraction of a second because they don’t like you, your business and your bank account will be unauthorized – if they let you have any in the first place. You will be watched and traced to everything you do and everywhere you go. The highly technological city cannot be formed without the whole city being watched. We will be forced to integrate the system and saturated by the synthesis.

These smart cities are designed by the UN, pushed by Soros, Gates, Ford Foundation, Davos, and the Bilderberg group who want you microchipped and are determined to remove all the power from you while handling it to the government and who will be the government? Themselves.

I always referred to tangible examples of current movies when picturing the New World Order agenda. This time, to understand what I am talking about, watch “the net” playing by Sandra Bullock and see how they cut all her access when they didn’t approve how she thinks.

The code words you will hear are:

Our health will become a public concern as it may affect the “public good”, so if they determine that we have a mental problem because we disagree with them, we will be given our medicine and will be watched to take them and will be kept in contempt if we don’t as for the “public good” principle, we will be a threat to the “public.” We will be so controlled to forget the sequence of what has happened to us. Basically, we will be catapulted to knowing our place. Intensity and clarity of our mind will be considered a threat.” 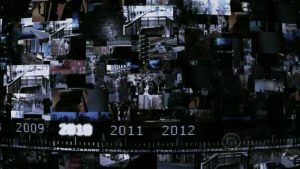 They will severely obligate our kids what to read. They may even forbid us to have kids, or they may force us to conceal for them just to confiscate the child at the moment of birth.

The possibilities are unlimited, but as a free people, we are not able to paint a situation like this. Had you anybody in prison? Ask them how were the rules for taking a shower or taking their meals, talking to other inmates, and reading books. Watch movies made in prisons. The information available to you will be limited because no historical prison will be like smart cities.

People will be completely dependent on the government for everything they get. Nothing in the world is free. If they shed a positive light on smart cities that everything will be free, and nobody will own nothing because the government will provide everything you need, that is a big lie. They have removed our biggest commodity in the world which is OUR freedom. Your freedom is gone, and they will have all the freedom they want.

We will be all the same.

There will no longer be energy providers as the government will provide while tracking our fair share of energy. They will track whatever electronics and technology we have in our house. They will know what is and what is not in our refrigerators and if we are storing a forbidden food, they will know it.

We can no longer move without our microchipped ID verification on the public transportation system, and we will have a coupon to be able to move to a certain distance as more distance will consume more fuel and we will harm the global warming. What is or is not our “right” will be completely modified and determined by the government regulations according to the “public good.” 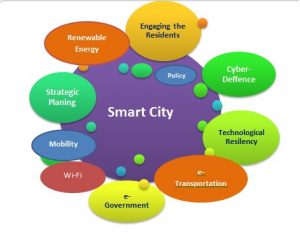 We will be monitored by the amount of energy you consume so if we cook, they will know. We will harm the beloved earth by cooking and That is an unforgivable sin because we are contributing to global warming.

If this is like going too far, just know that 10 years ago, when I first heard about smart cities, I didn’t take it seriously. It seemed too fictitious and too far away from what we were experiencing as our known life. But do we not see Bill Gates is building a smart city? Do we not see how the new generation has been programmed all their lives to work just with their laptops and cell phones? They have been taught not to buy a car or a house or what is the use of having while you can share? I wrote almost a whole chapter about this in my book, the discussion is very vast but it is happening now and we must know what we are facing to be able to stand against it.

Add to all that, Artificial Intelligence and robot superiority is the next to come. There will be no focus on what is authentic and appropriate for us, just total obedience. The mighty and smart will be bullied as unappreciative and uncooperative, and the lowlife will be promoted, toured, assigned recognition, and installed in higher positions. There will be no tantrum or outrage, no plan or dream project for the future. 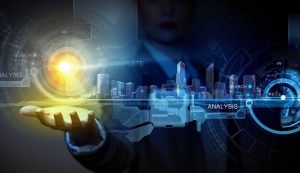 According to an article by By MassPrivateI on Activist Post, (The full article here)

“A recent article in the Erie-Times, revealed that ‘Secure Smart City’ (SSC) projects are really police cam-share programs in disguise.
The article boasts that the city of Erie will soon get fast, public Wi-Fi as well as a video surveillance system that can alert law enforcement of potential threats.
It starts to get interesting when Mayor Joe Schember admits that the SSC surveillance system “could relay real-time information to city officials.”
Spying on citizens in real-time is only the beginning of this privacy nightmare.

The Erie Downtown Partnership will give businesses $25,000 in grant money to purchase surveillance systems, However, “any business that receives such a grant must agree to voluntarily turn footage over to law enforcement if it can help solve a crime.”

“John Buchna, the Erie Downtown Partnership’s executive director, said the Perry Square system complements his organization’s recent efforts to increase security downtown through a grant program that helps businesses buy surveillance cameras.
Does any of this sound familiar?
Police cam-share programs start by law enforcement ‘asking’ businesses and homeowners to install surveillance cameras and turning over any footage to them. They market these programs as a way to improve the community by making cities and towns desirable to companies and visitors looking for safe streets. But often obscure the fact that their primary goal is surveilling citizens.
Who is behind police cam-share programs?
DHS and police cam-share programs.”

According to Navigant Research: (Link to the website here)

“The global market for smart city solutions and services is expected to reach nearly $98 billion in 2026
A new report from Navigant Research examines the current state of global smart city development, covering the related aspects of the smart energy, smart water, smart transportation, smart buildings, and smart governments sectors, segmented by region.
Working in partnership with technology and service suppliers, city leaders and central governments are realizing the benefits smart city projects can provide in terms of economic opportunity, sustainability, and quality of life. As the number of smart city projects increases globally, cities are pursuing higher levels and a greater variety of integration among technology-driven city services and solutions. Click to tweet: According to a new report from @NavigantRSRCH, there are more than 250 smart city projects from 178 cities around the world, and the majority focus on government and energy initiatives, followed by transportation, buildings, and water goals.
“Leading cities are looking at how they can build on their initial investment in open data and the data feeds being provided by Internet of Things applications,” says Christina Jung, research analyst with Navigant Research. “Cities are moving beyond the publication of government open data policies to the exploitation of a wide range of data sources and the establishment of city platforms for information sharing and use of analytics.”

This is going all around the world

Bill Gates, a college dropped out, who has never been a scientist but as his teacher David Rockefeller taught him, has put his hands deeply in Education system, and is obsessed with depopulation which I wrote so many articles about it, and has been the greatest vaccine provider and the biggest shareholder in GMO or Genetically Modified Organism (seeds and crops), which both have been proven to be harmful, has purchased land to build a smart city.

Although there are other smart city projects around the world, this smart city which would be called “Belmont”, totally belongs to him. Almost all individuals and groups involved in GMOs, Vaccines, Geo-Engineering and Chemtrails, Global Warming falsifications, and Education degradation reforms are also involved in smart city projects. Can there be anything good in this?

Be warned. Empower yourself with knowledge. Prevent as long as there is still time.