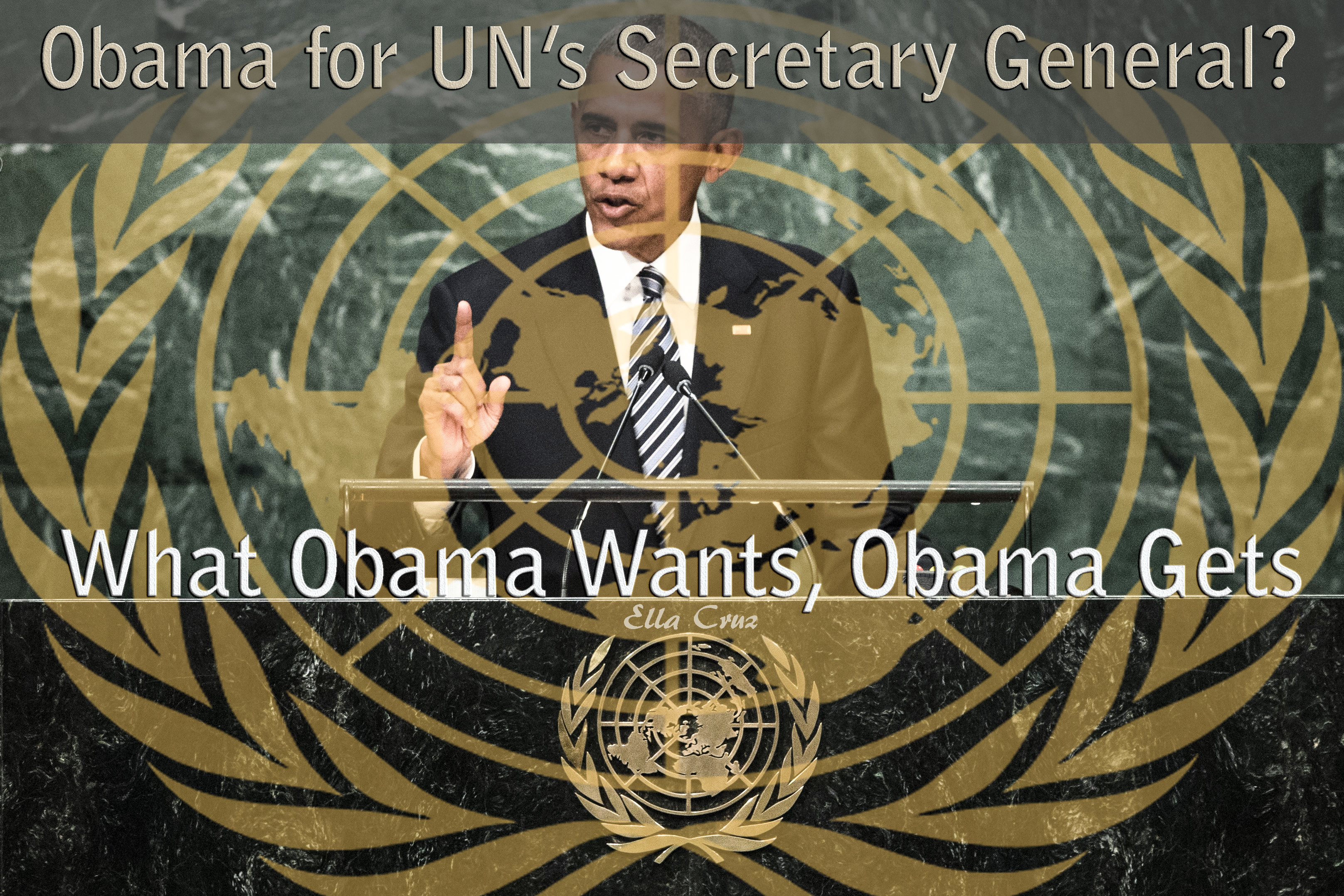 On Jan 8, 2016, Al –Jarida, an Arabic language Kuwaiti magazine, published an article (the original article here) claiming that US President at the time, Barack Obama has been campaigning to become the next Secretary-General of the United Nations when he leaves the Oval Office in one year.

When we look closer to the matter, we find it perfectly fit. What else can be more suitable for a community organizer soul whose ambitions cannot be in any other way fulfilled after occupying the highest place in the world for 8 years? Reading books and giving seminars only? Noway.

But the timing betrayed him. Ban Kimon’s term ended 21 days before ending Obama’s term and the 2016’s election did not show a clear result 21 days prior to the election but more importantly, after the election, the plan was drastically turned upside down and Hillary was not the president so the terrifying shock and so many secrets which should have been taken care of and the dynamics of the world power all, hand in hand led to changing the plan and waiting for the next election which will be in 2021…. Ummm one wonders why the year 2021 and agenda 21 match in numbers?

If by any means this change of power happens, it will be the darkest days of America. The day that another power or let say the deep state Cabal’s power officially will rule America under the premise that America has gone too far in nationalism and now needs the nanny to give her a good lesson. As I said before, the EU was just a test. The beginning of regionalization the world and it will not end there. There will be more unifications like EU until every single country knows her local boss, local bosses know their regional bosses and such. That will be the day that Obama will have no regret to declare a war against the United Staes and in fact, that will be the main reason for his installation. The globalist does not want independence. It wants interdependence and if America will not give in politically, they will take it militarily.

I have to draw your attention to the fact that the election of the UN’s Secretary General is rather a selection than an election. But the nominees which will be selected and appointed should be elected by the UN’s General Assembly to be able to enter the selection process and the General Assembly of the UN is the only organ of the United Nations which all members enjoy an equal representation and therefore an equal vote.

In a de-Westernized Europe Obama will have no problems for his election, nor does in new Soros-bought black supremacist new-Africa which the gangs in power slaughter white farmers for having a white skin and confiscates their property. A world ruled by Soros will be something like new Africa. A place that people kill the others to live on their property.

His problem would be only in the Middle East and the U.S. The Middle East except for the Isreal and Saudi Arabia after the newly throned Crown Prince is totally and completely run by Iran. Every single country you name it, every conflict and major shifts in power are run by Iran. Although the deep state Cabal’s agents like Zbigniew Brzezinski and Bernard lewis, the architechts of the Middle East or as Brzezinski called it “Eurasia”, were the main people who installed the Islamic regime and removed the powerful king of Persia who could keep the region stable as long as he ruled, but after 40 years, their own creation; the installed regim is not the same diapered baby anymore who just took orders, it grew up and became a 40 year-old-wise man who knows his splace and has learned if he doesn’t keep his hands in power games of the region and if he doesn’t change the dictated balance, he will be overthrown for another diapered baby. So he (the regime) has learned his lessons. 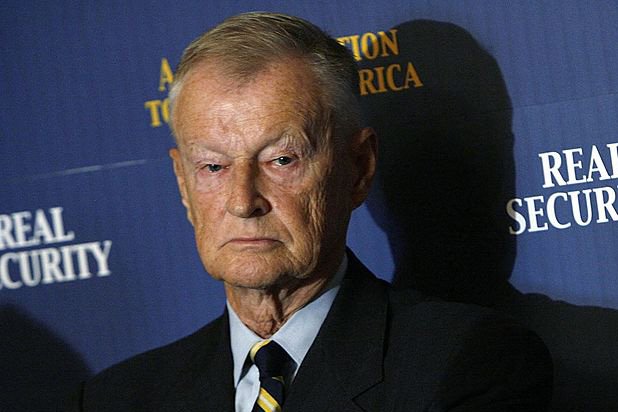 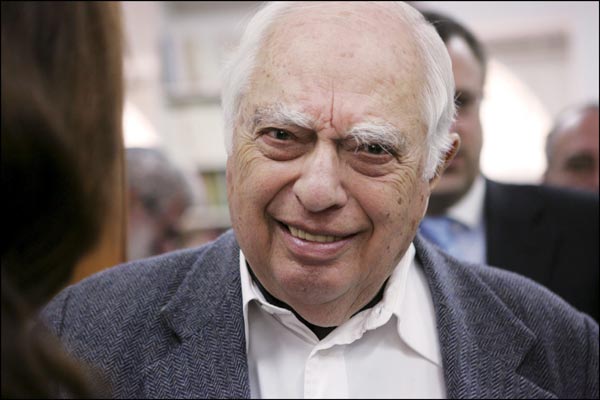 Now if Obama wants to become the next UN’s Secretary-General, he should have all the votes of the region and who owns the region? Who threatens the countries of the region with its proxy army Hezbollah, Sarallah, Intifada, the White Hats, and you name it. Just name them all.

Does it now make more sense the $150B cash on the airplane to Iran in winter 2016? What was the reason for these two HUGE services to Iran? Crafting the Uranium deal for Iran through his loyal lobbyist John Podesta, Keith Ellison, Clinton donors, Iranian women at the White House and paying $150 B cash to the Iranian regime. WHY? Seems Iran was controlling Obama. Is the situation that scary?

This video is a part of a series of the documentary “Iranum” created by Clarion Fund which pictures the role of Iran in the region. The documentary was made when the regime had 30 years old. Today it has 40. The irony here for me is one of the men interviewed is the same Bernard Lewis, the architect who together with others have planned and executed the plot against Iran and installed the regime but he talks as an expert and it’s so disturbing. It hurts to watch him speak when you know it was him who crafted the plan to install the regime but for over a century, this has been the strategy used by the deep stated operators. They do it, then somebody interviews them and asks their opinions as the experts of the matter and these people as an answer say exactly what they want to inject into people’s minds.

It’s hard to wake up and see we did worse than sheeple. Very sad.

But Obama never helped those people and let them die…

The Al-Jarida article also claimed that after the rumors of Obama’s plans, Benjamin Netanyahu “vowed to counter his campaign.”  Al-Jarida quoted Netanyahu as saying, “Eight years of Obama’s judgments and marginalizing Israel was not enough? Now he wants to be in a position to cause us trouble in the international forum?”

By the way, in answer to some hard left newspapers who claimed the entire news on Obama sicking a bid to become the UN’s  SG to be a hoax, you know if Netanyahu ” Hears rumors” that means he has the exact information and that is a fact. Besides Al-Jarida in Kuwait is not like NYTimes in the U.S that can use anonymous sources and even the gossip as the news. They are controlled by the government and must respond to.

The Kuwaiti daily Al-Jarida reports (The original article here): “that Israeli Prime Minister Benjamin Netanyahu has heard the rumor and is recruiting the Persian Gulf states, including Saudi Arabia, the United Arab Emirates and Bahrain, new allies in fear of Iran, to cut the president off at the pass. Mr. Obama’s attempt to reach an accommodation with the mullahs in Tehran has raised the hackles of the Arabs and ups the ante in conflicts between the Arabs and the Iranians and Sunni and Shia Muslims. Such accommodation with the mullahs, however, might serve well his ambitions, if any, for the office.
The Jerusalem Post reports that its sources close to Mr. Netanyahu do not deny the speculation that the prime minister aims to “torpedo the Obama project.” These friends say Mr. Netanyahu thinks Mr. Obama’s presidency has been characterized by moving closer to the Muslim Brotherhood, toppling the regime of Hosni Mubarak, and by attempts to ally himself with political Islam.”

What would he do as the United Nation’s Secretary General? Or let say what a hostile UN General Assembly can do to the United States and Isreal?

In a very nice article by INQUISITR  about the same subject we read: (The article here)

“At the heart of the discord is the Obama administration reaching a nuclear deal with the Islamic Republic of Iran. As Iran was negotiating amicable terms with western powers over the development of their nuclear program, Ayatollah Ali Khamenei (Supreme Leader of Iran) released a 416-page guide on destroying Israel in August of 2015.

The nuclear deal is disconcerting for many Israelis and Americans alike because this is the same Ayatollah Khamenei that gives speeches as he presides over “Death to Israel! Death to America!” chants screamed by thousands of his fellow Iranians following Friday prayers in Tehran.

The Jerusalem Post quotes Netanyahu as issuing the following statement regarding Obama’s U.S. presidency.
“Eight years during which he ignored Israel? And now he wants to be in a position that is liable to cause us hardships in the international arena.”

The disclosure of Obama’s U.N. Secretary-General aspirations brings illuminating clarity to some of his previous political actions. In September of 2014, Barack Obama became the first United States President to Chair the U.N. Security Council. It was an unprecedented occasion, due largely to the fact that it is most likely prohibited by the U.S. Constitution. Article 1 Section 9 of the United States Constitution states the following.

–No Title of Nobility shall be granted by the United States: And no Person holding any Office of Profit or Trust under them, shall, without the Consent of the Congress, accept of any present, Emolument, Office, or Title, of any kind whatever, from any King, Prince, or foreign State.”–

President Obama is keenly aware of this reality. Obama spent twelve years teaching constitutional law at the University of Chicago Law School. The Dreams From My Father author and current U.S. President seems to have developed dreams far bigger than his father could ever fathom. It is a game of thrones that Netanyahu aims to turn into a dystopic political nightmare for Barack Obama.”

Well as Gateway pundit once said: What Obama wants, Obama gets.

We know him. We know he is a progressive community organizer and we know his ambitions. What he starts to move for, he never dismisses.

Besides, how do we know if he is not? 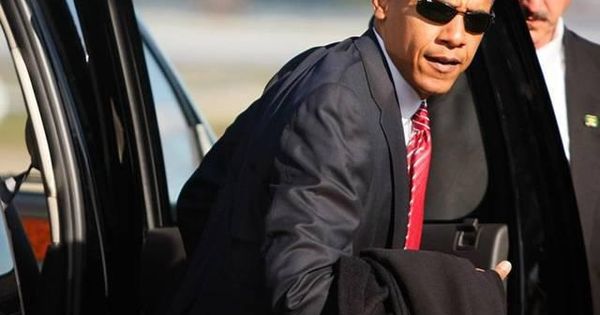 HORRIFIC & Satanic
They've said it many times but we preferred not 2 hear bc 4 us it was impossible
They went on 2 do it & say it & now claim it
Barack Obama: Individual is too Small-Minded to govern their own affairs
They should Surrender their rights 2 an all-powerful sovereign pic.twitter.com/cH5Mu2yADT