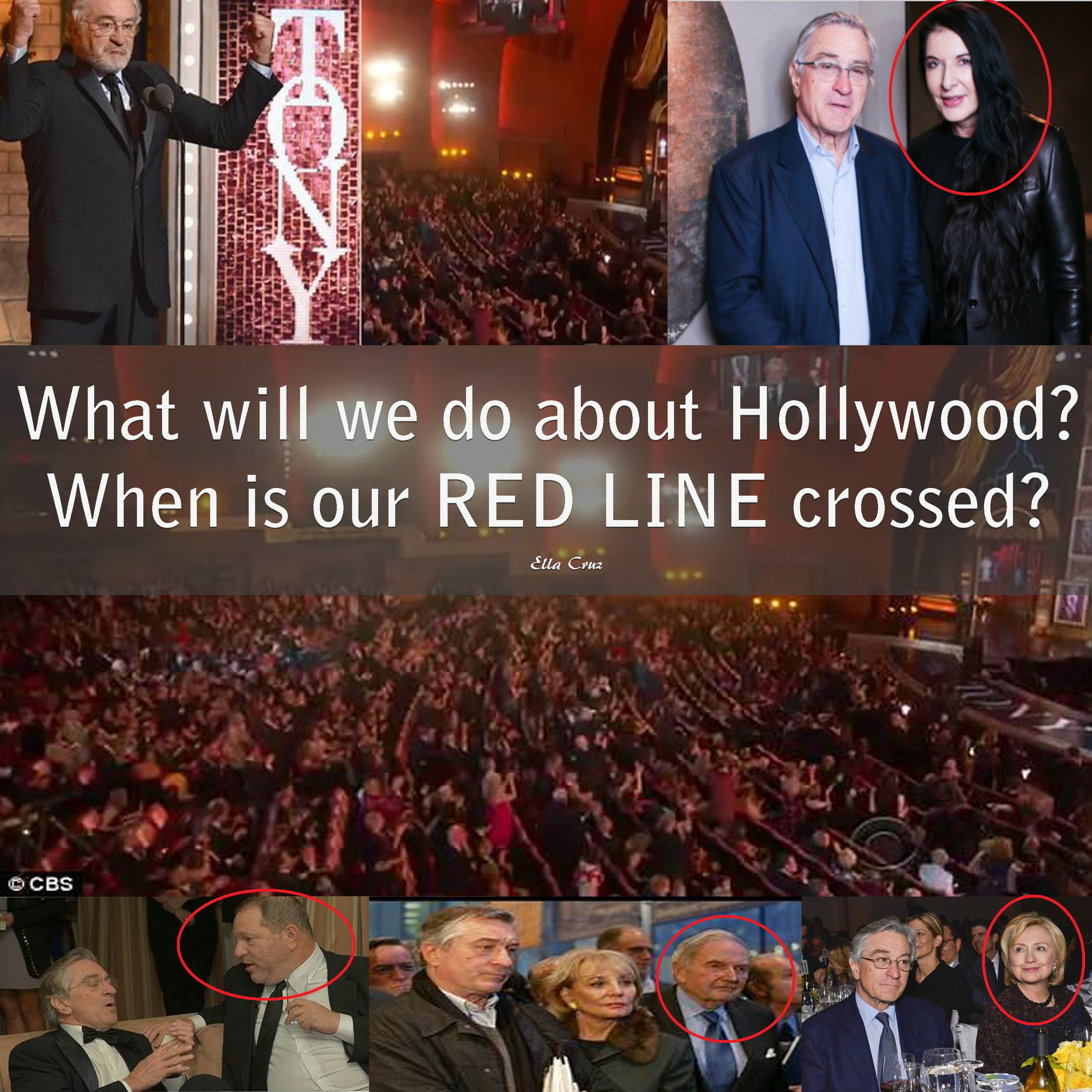 Remember those faces who stood and clapped. They are the same people who miss the White House glamour parties and hotdogs.

Since when Hollywood gives a standing ovation to F*** values?

How cheap valued are these people? The arrogance of Hollywood makes my blood boil but what are we going to do about it? Tweeting?

Did they change with our tweets?

They just got worse.

Hollywood is a mob & those entitled snobs are mobsters. We spent our money to put them where they are. Stop paying them!

I stopped giving them attention years ago but it seems not enough. We have to find more effective ways.

Conservatives never learn to attack. They just wait to take a fist in a way that doesn’t hurt.

Offense is the best diffense!

Are you waiting for them to be good girls and boys and change their ways? Wrong! That will never happen. We don’t need them to change. We should change!

“I DON’T WATCH” doesn’t work anymore. We should do more. Make great billboards and make them embarrassed. Find dirt on them and put it on billboards. Make news, write articles, do a talk show. Just do more. Brainstorm and organize think tanks to figure out how we can do more.

Those of them who have louder voices have a lot to hide. Find it and slam it right in their face. We are at war if you still don’t get it!