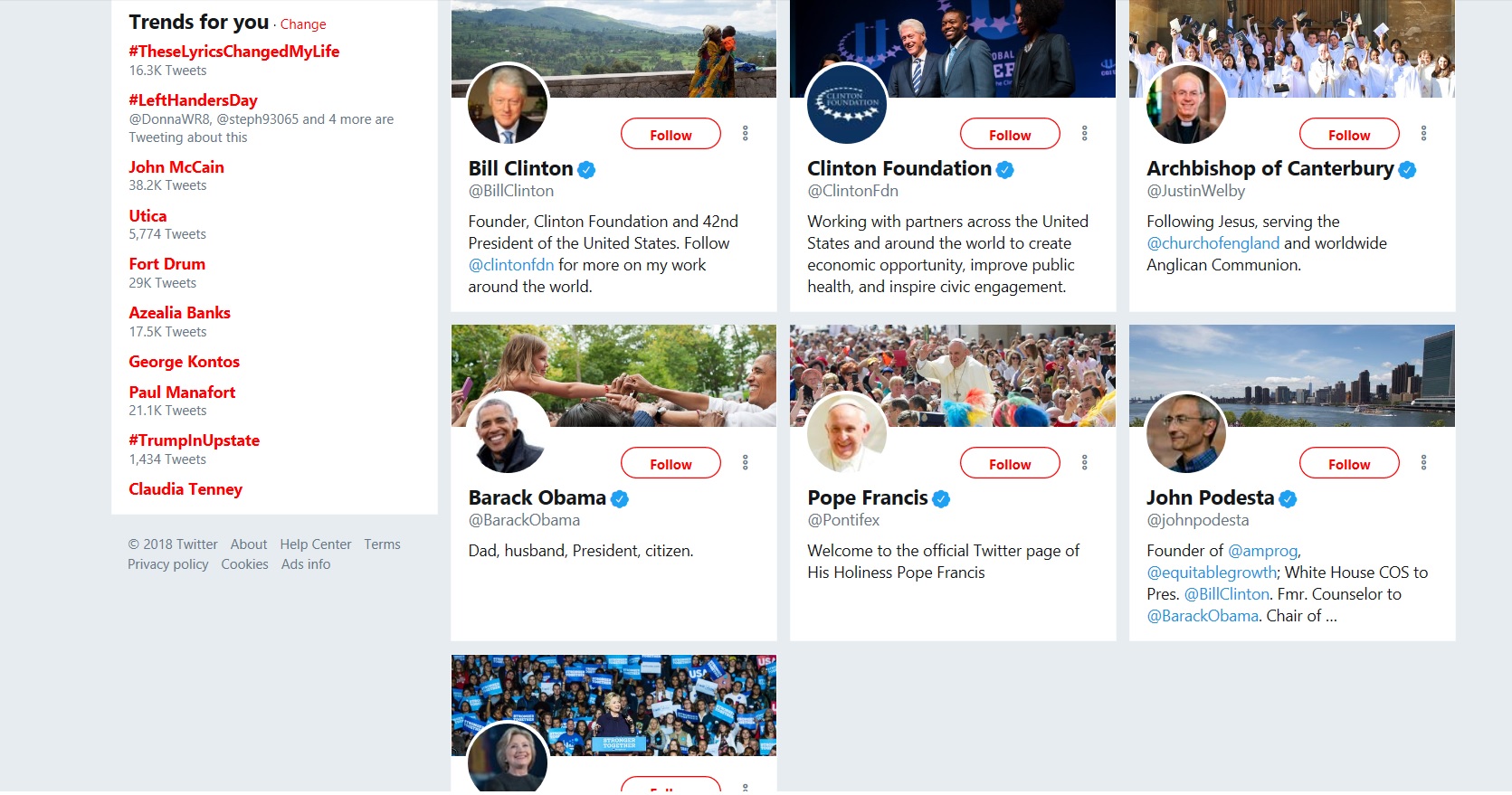 There is no way on earth to consider this as a coincidence.

Archbishop of Canterbury Declares God Gender Neutral! Is this Political Correctness gone to the ABSURD? Then why do we say
The FATHER
The SON
and the Holy Spirit!

As you may remember this thread, a person named has put up this page and named 13 people related to Adrenochrome industry. At first glance, the profile looks fake to most people. But when I looked at the names that were all on my special list, I couldn’t agree with this being a hoax. Nobody had that information to link these people with the Pope, Media Matters or Jeff Koons in that order. This couldn’t be a hoax but definitely a whistleblower.

The woman that uploaded the video on that page has two sims videos of bbq'ing a baby https://t.co/rNhA4J5wZF and a real one with a bomb dropping on people, Weird as fuck.

The interesting point to me was the Archbishop of Canterbury. I had no information about him being connected to the deep layers of the cabal. And now today, reading this article and watching him talking bigger than his mouth and calling almighty God’s gender as neutral, is there anybody to question his connections? How possibly a man of God stabs the church from within?

The connections in my different articles all sum up. Jeff Koons has the control over Saudi Connections while Clinton Foundation has the control of Haiti. The Pope & Archbishop are gems worldwide & Media Matters & David Brock represent all Podesta team. I don’t think this is a hoax. A hoax won’t name the exact people.

1-I need to post this again
The owner of the page FOLLOWS these ppl
BUT
Why these ppl?
No normal intelligence can put these 13 ppl together. I had 12 of them on my list but not the Bishop
Do U get me??
Someone is talking
None of U could think of J. Koons, MM & Bish put together pic.twitter.com/2sDh522Wdb

3-This must be a whistleblower acting so spoofy to be seen as a spoof by some and to give the message to the rest. Wake up! pic.twitter.com/YvTJqqKTjP

To know about Jeff Koons and Saudi Connections involving Marina Abramovic, you need to read this article.

1-RING OF THE CABAL
—"When Justin Trudeau was sworn in as the Prime Minister of Canada on Nov 4, 2015, he pledged his detailed fidelity and devotion to the Queen of England: pic.twitter.com/DTalL6JLRX