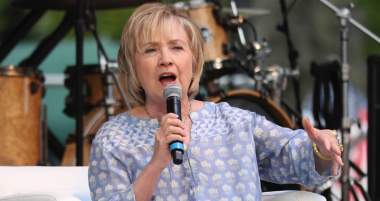 This woman needs to be hospitalized.

She just doesn’t go away. Instead, she claims the media is not anti-Trump enough and should start to CENSOR Trump.

In an interview for the Guardian, the Trump hater press, she says:

“The days of press neutrality must end. Trump is “tweeting and insulting and dominating the news cycles. The media must wise up, drop neutrality, and attack Trump because he is an incipient fascist dictator.”

“Trump Is a Racist and a Fascist.”

“If you’re into both-side-ism — so, you know, on the one hand, this, and on the other hand that — really there’s no factual basis, there’s no evidence, there’s no record,” she said. “Everybody lies, everybody gilds the lily. It doesn’t really matter. That just opens a door to somebody like him.”

“One of the ways you do that is by consistently attacking the press. Now [Trump] doesn’t attack Fox News, because they’re like a wholly owned subsidiary of Trump and the Republican party now. So he attacks the press and the broadcast media that raise questions about him, that don’t give him fidelity and loyalty.”