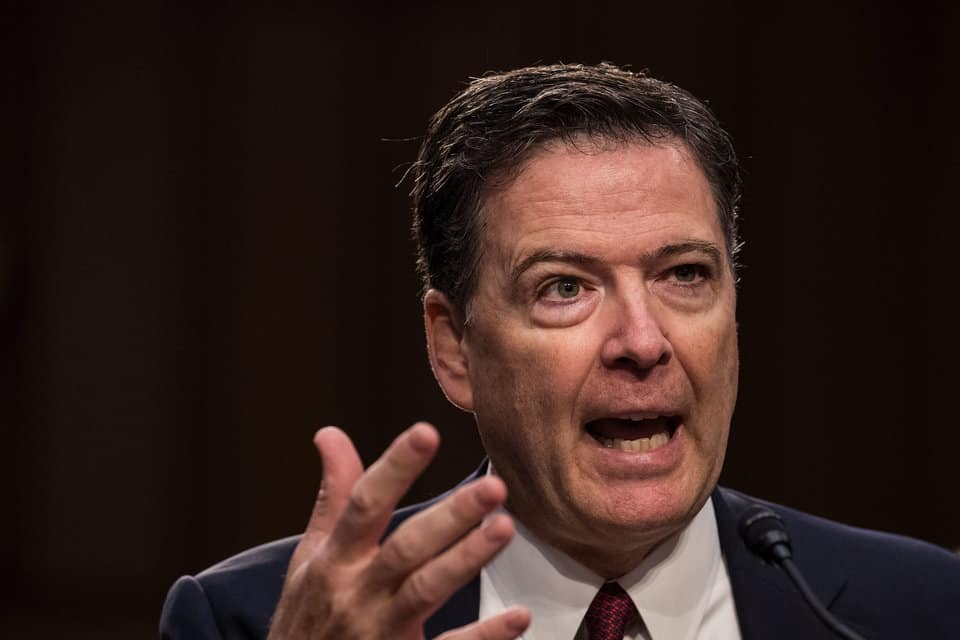 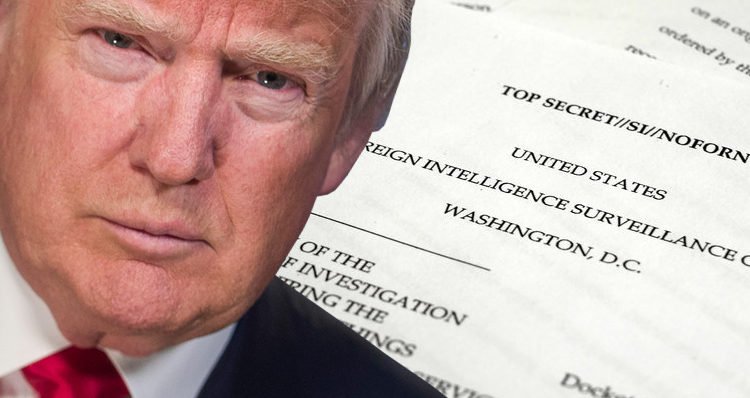 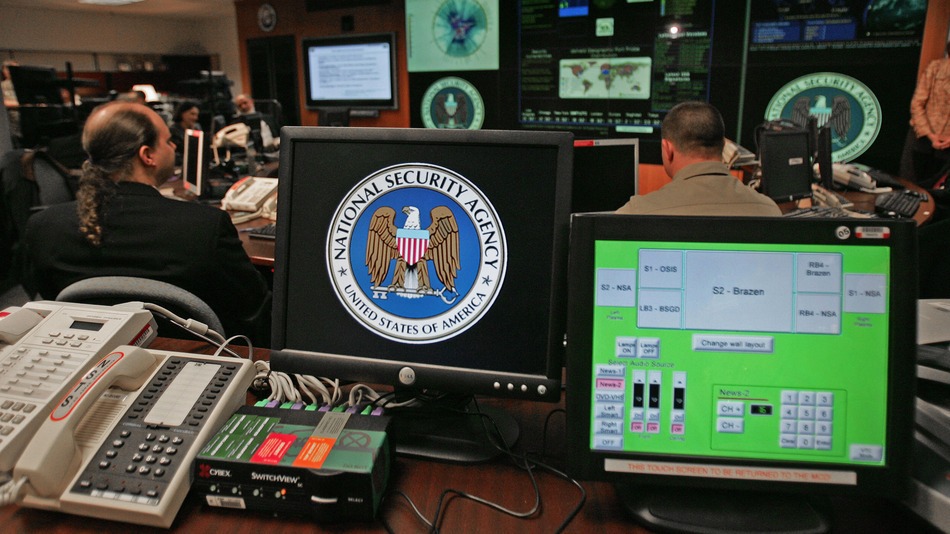 Leakin’ James Comey must have set a record for who lied the most to Congress in one day. His Friday testimony was so untruthful! This whole deal is a Rigged Fraud headed up by dishonest people who would do anything so that I could not become President. They are now exposed!

House Committees Release Jame’s Comey’s 235-Page Transcript From Closed-Door Interview. In 235 pages of Comey’s testimony, I am stunned at how corrupt was the FBI under his watch. According to Comey, he was a Director who knew nothing, had no authority and whose agents kept him in the dark about everything. Let’s say this is a total BS.

The disgraced ex-director of FBI, Couldn’t remember anything and during questioning, ” I don’t remember, I forgot and I don’t recall ” was all his testimony. The only thing which was clear in Comey’s confession was that the dossier was not verified before, or after, the FISA warrant.

Perhaps a House with Republicans in minority is the reason that Comey doesn’t “recall” anything. The new House will be glad to hear “he doesn’t know”-“he doesn’t remember.”

However, despite Comey’s Forgetfulness, it has now come to light that the dossier was unverified before the FISA warrant and this is a good step forward.

I made this video way back on Jan 20, 2018. Been waiting for a full #DECLASFisa ever since. I've been pretty damn patient, but now I'm like a kid waiting for Christmas morning.🎄

According to Darrel Issa, R CA-49 and Chair the Subcommittee on Courts:

“Either @Comey wasn’t doing his job and paying attention, or he just perjured himself 45 times!” @DarrellIssa @JudgeJeanine#JamesComey claims he never heard of #ChristopherSteele! But he signed on #SteeleDossier for #FISA!#Comey is the most spineless Narcissist ever born! pic.twitter.com/e8Tu1pYiJS

Sorry Corrupt Comey – Signing a Fraudulent FISA Document and then Claiming You Didn’t Know or Forgot Is NO Defense!

Despite Comey’s Forgetfulness, Testimony Reveals Dossier was Unverified Before FISA 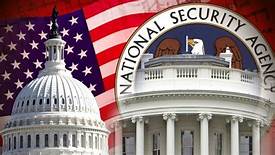 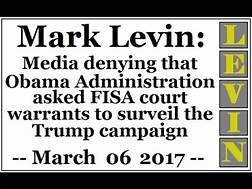 According to The Hill:

Comey’s confession: dossier not verified before, or after, FISA warrant

“Many people I know in law enforcement circles shuddered when James Comey tweeted recently that acting Attorney General Matt Whitaker “may not be the sharpest knife in the drawer.”

To them, Comey’s Twitter attack crossed that “blue line” – the one that real cops abide by, to never criticize fellow officers and to always have their backs.

I had a different reaction. I found it odd that a man who started his Twitter career by quoting Bible verses about justice might have forgotten one of the golden utterances from Jesus himself: “He that is without sin among you, let him cast the first stone.”

The failures of Comey’s remarkably turbulent and short tenure as FBI director were on display again Friday on Capitol Hill, when he was interviewed in a closed-door session by two House committees. Republican lawmakers were aghast at his sudden lack of recollection of key events.

He didn’t seem to know that his own FBI was using No. 4 Justice Department official Bruce Ohr as a conduit to keep collecting intelligence from Christopher Steele after the British intel operative was fired by the bureau for leaking and lying. In fact, Comey didn’t seem to remember knowing that Steele had been terminated, according to sources in the room.

“His memory was so bad I feared he might not remember how to get out of the room after the interview,” one lawmaker quipped. Lamented another: “It was like he suddenly developed dementia or Alzheimer’s, after conveniently remembering enough facts to sell his book.”

Faintness of memory is a common symptom for witnesses under the intense spotlight. But lawmakers were relieved when Comey could remember one fact that is essential to understanding if his FBI acted appropriately in the investigation of Donald Trump and Russia.

The towering ex-FBI boss confessed that the FBI had not corroborated much of the Steele dossier before it was submitted as evidence to a secret court to support a Foreign Intelligence Surveillance Act (FISA) warrant to spy on Trump campaign adviser Carter Page in the final weeks of the election.

And Comey admitted much of the dossier remained uncorroborated more than six months later when he was fired by President Trump.

I won’t waste too much time harping on the enormity of this confession. Everyday Americans now know that the FISA court process is an honor system and that the FBI may only submit evidence it has verified to the judges.

But that’s not the only reason we have to lament Comey’s tenure as FBI chief. Let’s go to the videotape to review:

First, the Justice Department inspector general found that Comey wrongly usurped the powers of the attorney general when he chose to make his own decision not to prosecute Hillary Clinton in the classified email investigation and that he violated department policies by announcing the re-opening and the closing of the Clinton email case, the latter just days before Election Day.

That finding supported Democrats’ worst fears, that Comey may have cost their candidate the election. And it validated the primary reason the Trump administration fired Comey as FBI director a few months later.

Second, let’s remember that Comey was the man who famously testified in 2016 that FBI agents don’t “give a hoot about politics” when they investigate.

A year later, we learned that the very FBI employees Comey entrusted to lead the Clinton and Trump investigations – Peter Strzok and Lisa Page – obsessed over the 2016 election and even discussed in government text messages using their official powers to “stop” Trump from becoming president. To add to the concerns, the two were having an affair in the middle of a counterintelligence probe, which in and of itself is a compromise.

Third, Comey’s investigative team (in the form of the Steele dossier) and his general counsel James Baker (in the form of evidence from a Democratic Party lawyer) accepted politically tainted evidence to further the probe of Trump.

Finally, Comey has insisted he didn’t condone leaking inside the FBI. Yet, on his watch, top deputy Andrew McCabe was caught leaking to the news media and later fired for lying about it. Comey denies he knew about that leak but acknowledges that he himself orchestrated a separate leak through a friend after his own firing.

Likewise, Comey’s transmission of memos to his lawyers about classified conversations he had with Trump are troubling. Those forced the government to send “scrub teams” to recover any classified information that may have been transmitted, according to multiple sources briefed on the operation.

Inside the FBI, ignorance is not a substitute for competence. Nor is the expression of moral superiority a substitute for lawfulness. And unverified dossiers are not an acceptable form of verified evidence in a FISA submission.

James Comey’s performance Friday – and his expected return for more testimony in coming days – is a not-so-subtle reminder of the ignominy accrued on his watch as the FBI leader.

To adapt the figure of speech in Comey’s own tweet, there is growing evidence that the FBI may have been run by a team of dull butter-knives at a moment in history when razor-sharp leadership was needed.”

It was never about Russia. The targeting of President @realDonaldTrump serves to protect Hillary Clinton and her enablers & co-conspirators in the Obama Administration from prosecution. pic.twitter.com/EGN6U5ptUp