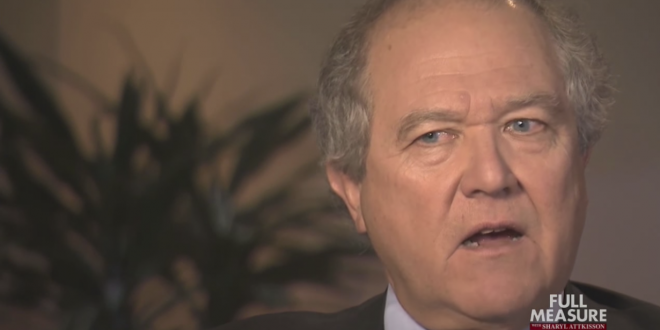 I actually love Sharyl. She was involved in a lawsuit against Media Matters and that really needs courage.

I found this article on LIFEINFO24.NET and pasted here. You can click and read the main article on their website. After disappearing trillions from the Pentagon, sending $400M cash on an airplane to Iran, now $300M paid to ghost is the latest scandal of the scandal-free presidency of Barack Obama.

“Millions of U.S. taxpayer dollars were being foolishly wasted paying for the salaries of non-existent “ghost” soldiers.

Well, folks. In an interview with Sharyl Attkinson of Full Measure, special inspector general for Afghanistan reconstruction, John Sopko, it was all but confirmed that millions of US taxpayer dollars were wasted away under the Obama administration on the salaries of “ghost” or non-existent soldiers and policemen in Afghanistan.”

“We’ve been raising this concern about ghosts going back a number of years,” Sopko said. “Actually I want to say we heard about it from (Afghan President) Ashraf Ghani years ago, before he became president, he warned me about ‘ghosts,’ so we started looking three years ago.”

“What we’re talking about are policemen, Afghan policemen, Afghan military, Afghan civil servants who don’t exist or they have multiple identity cards and we’re paying their salaries,” he explained. “By ‘we’ I mean the United States and the international community. And we started finding out that we had no capacity to measure the number of soldiers, teachers, doctors, military people who we are paying their salaries.”

Fox News had even reported as early as October 2016 that, based on a Sopko letter released to the Pentagon, the fraud could have amounted to more than $300 million annually.

“In January 2015 we reported that more than $300 million in annual, U.S.-funded salary payments to the Afghan National Police were based on only partially verified or reconciled data, and that there was no assurance that personnel and payroll data were accurate. We found similar deficiencies during the course of our April 2015 audit of Afghan National Army personnel and payroll data,” wrote Sopko.

That’s not just fraud, folks. In fact, according to Sopko, it’s “Major fraud. And what’s happening is the commanders or generals or other higher officials are actually pocketing the salaries of the ghosts.”

“And I remember President Ghani again, at that time he wasn’t president, saying, ‘John, you the United States government are paying the salary of an Afghan who’s a teacher, he’s a civil servant, he’s a doctor, he is a policeman, and he’s a soldier. And it’s the same Afghan. And he doesn’t exist,’” Sopko explained.

This is bad enough as it is, but to make matters worse, apparently Sopko had alerted the Pentagon on numerous occasions to what he had discovered in 2016, but…as you can imagine…the Obama administration did practically nothing about it.

Thankfully, though, there’s a new sheriff in town, and proper measures are finally being put into place to put an end to this nonsense.

According to the Independent Journal Review, Attkinsson notes that the Pentagon is implementing a biometric system that will be checking fingerprints, photos, and even blood type in order to verify “proof of life” and get rid of the “ghosts.”

She added that the Pentagon said it had “up to 95 percent of the Afghan police and 70-80 percent of soldiers” enrolled in the program.

Don’t get me wrong. It’s very encouraging to hear that we’re finally addressing this issue and taking measures to get this under control, but it’s equally discouraging to think about all the millions of taxpayer dollars that will never be recovered. What do you think?”