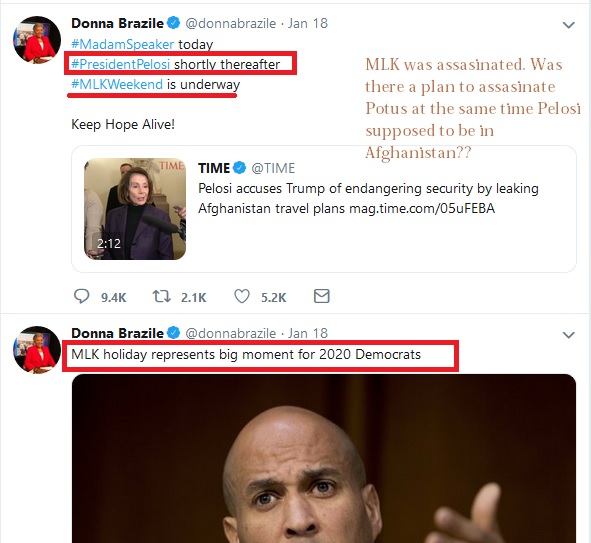 Why nobody is talking about this?

Now I understand why Brennan, Schumer, Pelosi, Schiff, Dems & all the media were viciously attacking @potus since Christmas. There has been a probable assassination plot going on and the target seemingly was both President Trump and Vice President Mike Pence.  The plot was set to take place in Martin Luther King weekend while Pelosi was supposed to be in Afghanistan.

The Democrats partying in Puerto Rico was their pre-celebration of “President Pelosi” plot. There were military planes flying with Pelosi and 90 members of her family and other delegate families.

I suspected why Obama is not on the first pages of the news as usual as this is always sign of a plot and here we are. There was a “President Pelosi” Plot.

Now I see what ending the shut down really meant for @potus. He caught the plotters red-handed and forced them to get back to Washington.