Their hate speech means free speech and their hate crimes are their own organized false flags. This is a coup.

And Pelosi is their puppet; the handler who gives them the country with the hope to save her real state and position. CAIR commands Pelosi acts.

As an “anti-hate” resolution result:

Pennsylvania’s first female Muslim lawmaker in the General Assembly accused a Republican colleague of Islamophobia after she opened a legislative session with a prayer that invoked the name of Jesus Christ.

Many recent laws are repugnant to the constitution and lawmakers are institutionally legalizing illegal laws! That’s a New America which is by no means America anymore. S0mthing is absolutely wrong here. The Constitution seems rigged. Nobody makes laws that enforce the already existing laws. Instead, all laws look into how they can abuse the Constitution and easily rig it. Absurd. Why is nobody watching the content of laws? Most lawmakers don’t even know what is in! Democrats are one step away from confiscating guns. Pay attention to the fact that, nobody controls the content of a new law unless somebody asks for. Therefore, they are building huge walls around the First and Second Amendments. Hate speech bans the First Hate crime bans the Second. How?

What’s the use of the First and Second Amendments if you can’t use your right embedded in these two Amendments? Think about that! Free speech is already banned by the newly passed “Anti-Hate” Resolution. If you can’t criticize Islam, then you don’t have a First Amendment. In New Zealand through the use of a hate crime, all guns are banned. The entire procedure was already in motion less than 24 hours after the so-called attack. Diane Feinstein is already preparing a draft memo to restrict gun laws. This is a direct attack on the First & Second Amendments. Hate Speech: Attack on the First Amendment Hate Crime: Attack on the Second Amendment. The whole story is a made up agenda to ban free speech and confiscate guns without calling it by its name. They practically make grounds to establish the legal substance of; first restricting the Amendments and second; after building the mindset and changing the perception of the public regarding their rights and their Can and Cannots, they will totally change the Constitution and this is the solution on their plate to the problem they have created to reach to it.

Macro Agressions; A short e-book on Amazon and Barnes&Nobles 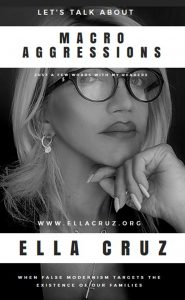 My next book coming up: 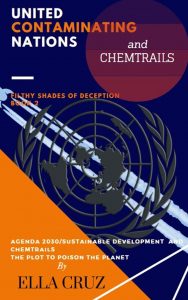