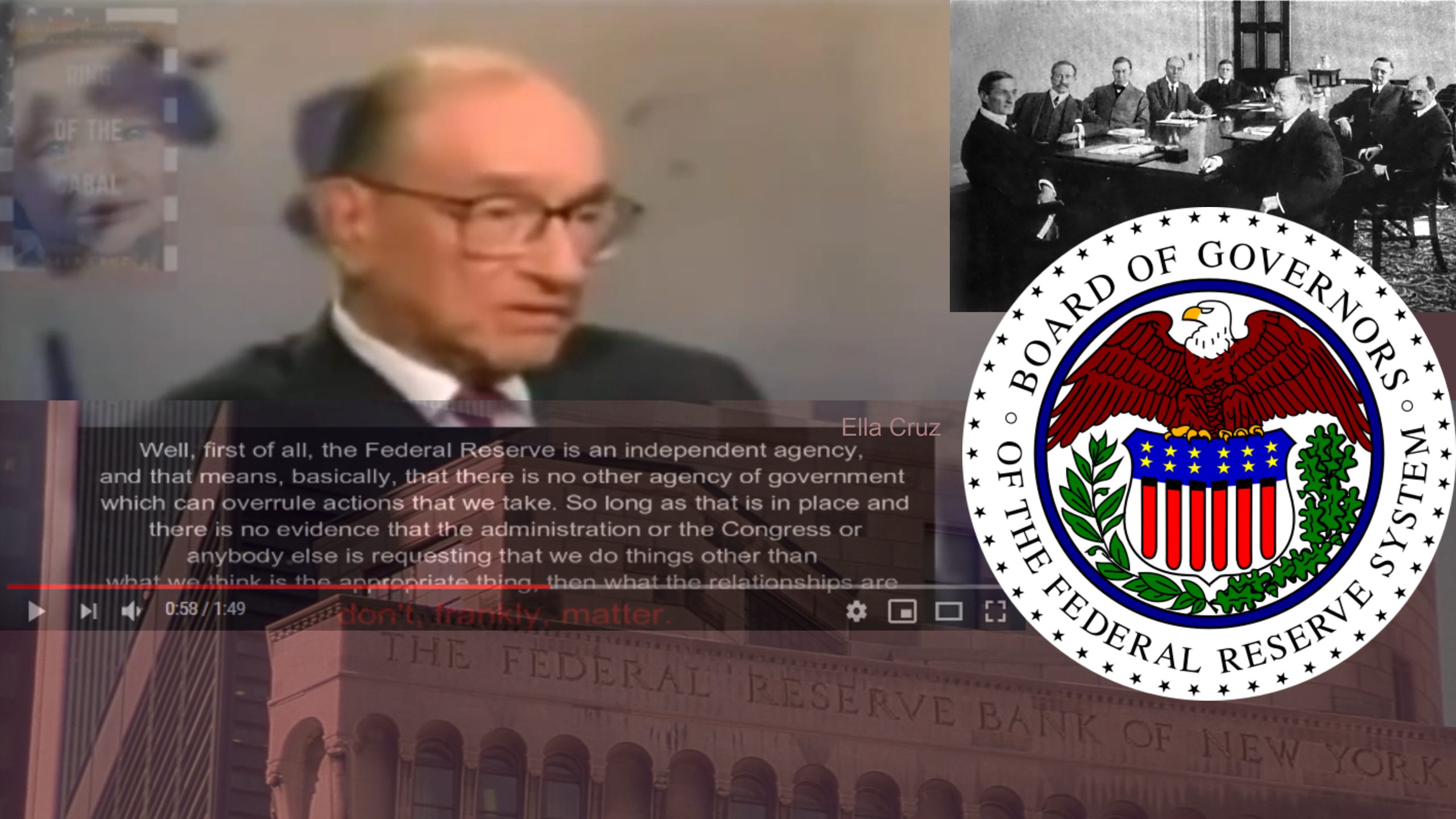 In an interview with Jim Lehrer, Alan Greenspan admits that the Federal Reserve is not a government agency. When asked by Jim Lehrer what should be the proper relationship between a chairman of the Fed and The President of the United States, Greenspan said:

“Well, first of all, the Federal Reserve is an independent agency, and that means, basically, that there is no other agency of government which can overrule actions that we take. So long as that is in place and there is no evidence that the administration or the Congress or anybody else is requesting that we do things other than what we think is the appropriate thing,

then what the relationships are don’t, frankly, matter.”

This is not Fascism, not Socialism, not any other form of government existed before, but the dictatorship of Democracy through Technocracy.

The Government is not committed to the people but the “corporations” and these corporations establish policies and protocols. After the first “paradigm shift” which was 9/11 and changed what we knew as “life”, the second paradigm shift which is the Coronavirus orchestrated crisis will change the entire system that we know, leading to digital tracking of human DNA through microchips and a universal form of money, transmittable through the same microchips.