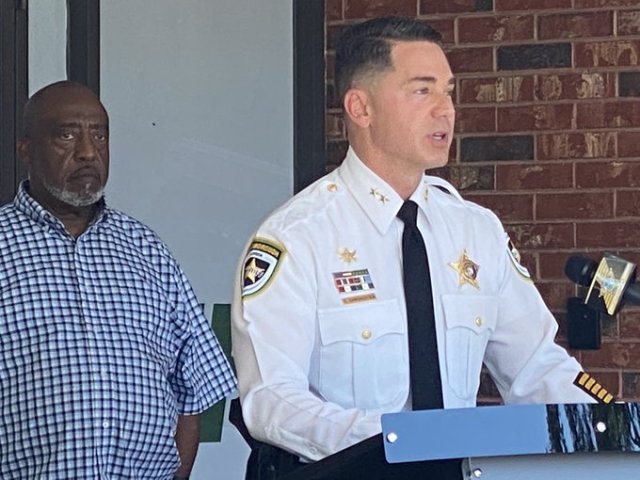 “[Government] shall make no law respecting an establishment of religion, or prohibiting the free exercise thereof; or abridging the freedom of speech, or of the press; or the right of the people peaceably to assemble, and to petition the Government for a redress of grievances.”  (First Amendment – U.S. Constitution)

Setting aside my profound disdain for this action… In the short-term there will likely be those who genuinely believe this is legally defensible as a result of a public health emergency. However, in the long-term two things will happen: (1) over time, and up to the possibility of SCOTUS intervention, the pastor will win any legal case against him; and (2) hopefully people will realize quickly the term “essential service” is arbitrary.

The sheriff’s office received an anonymous tip on Friday that Pastor Rodney Howard-Browne, the pastor of the megachurch River at Tampa Bay Church in Riverview, refused to stop holding mass gatherings and instead was encouraging people to come to services.

[…] “His reckless disregard for human life put hundreds of people in his congregation at risk and thousands of residents who may interact with them in danger,” Chronister said.

The warrant charges the pastor with unlawful assembly and violation of public safety rules, both misdemeanors, according to Chronister.

Howard-Browne was booked into the local jail in Hernando County where he lives on Monday afternoon, and released 38 minutes later after posting bonds totaling $500. (more)

Let us be clear, the government can request, suggest and recommend that faith-based assemblies suspend their services; and in many cases those churches and religious groups may indeed choose to suspend their services. However, under no circumstance, including: war, famine or virus pandemics that could leave only a hand-full of people alive, can the government force the suspension; or punish those who refuse to comply.

Religious worship, including the assembly therein, is enshrined within the first amendment as it carries the first and ultimate essential service. There is absolutely no situation where that right can be removed.

It is often the case where people rush into reactions without thinking through the profound consequences.   Why do you think ‘freedom of religion‘, and ‘the right to peaceably assemble‘ is the first amendment?  The FIRST amendment.  It is specifically the first amendment so that government cannot define arbitrary reasons, any reasons, to limit that constitutional right.

The ability/right to go to a grocery store crowded with people is not more essential than the ability/right to practice your faith. Accept the removal of the primary right of U.S. citizens and there is no longer a country for coronavirus to infect.

This is not a slippery slope; this is akin to voluntarily jumping directly into the abyss….