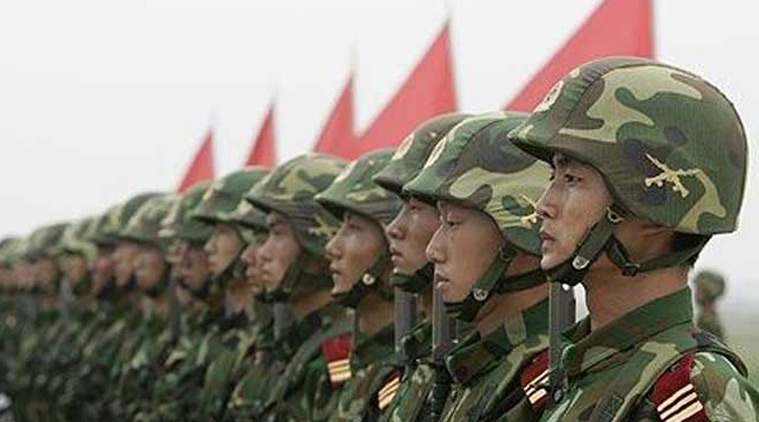 The great-power competition has begun in earnest.

What started as a catastrophe for China is shaping up to be a moment of strategic opportunity, a rare turning point in the flow of history. Suddenly, the protests in Hong Kong, carrying a mortal threat to political stability in the mainland, became a physical impossibility. More important, the pandemic set in motion a global competition, to contain the virus, for which China and the Chinese Communist Party seem uniquely prepared.

As the virus spread to the whole world, it became apparent that Western societies — Beijing’s true rivals — did not have the ability to quickly organize every citizen around a single goal. As opposed to China, which remains to a large extent a revolutionary society, their political systems were built for normal times. Chinese society is a mobilized army, which can quickly drop everything else and march in one direction.

Mao once said, “Everything under heaven is in utter chaos, the situation is excellent.” And so it seems at present, as seen from Beijing. Chinese diplomats stationed all over the world spend their time raising the stakes to a dangerous level. Following instructions from the very top, they have taken to the media to issue a challenge to America, to point out its failure, and to compare the chaos in American cities and hospitals with what they see as a singular success in stopping the epidemic in China.

Several commentators have suggested that China may be winning the coronavirus battle by stepping forward in providing medical help to affected countries, mostly in Europe, at a time when the United States is consumed with its own difficulties. This misses the point.

The cases have been multiplying where the medical equipment provided by Chinese companies and even the Chinese state turned out to be faulty, provoking justified ire in, for example, Spain, the Netherlands, and Turkey. Moreover, medical help is a normal occurrence in a crisis. China has done nothing different, except perhaps in the clumsy way it publicizes those efforts.

Forget about “mask diplomacy.” It is no more than a distraction. There are other ways for China to use the coronavirus pandemic to upturn the existing global order. I see three main levers.

The first one is the direct comparison between the situation in China and elsewhere. The numbers of cases and fatalities provided by Chinese authorities almost certainly misrepresent the real figures by more than an order of magnitude, but the fact remains that a semblance of normalcy was achieved in a small period of time. If the United States fails to do the same, its prestige will suffer a severe blow. People all over the world will quickly change their perceptions about relative power and capacity.

The second lever resides with industrial value chains. Last month General Motors, Ford, and Fiat Chrysler closed all their automotive production plants across the United States and Canada. Other sectors have followed. In the meantime, China contained the worst of the pandemic to one province, allowing economic activity to quickly resume elsewhere. The most recent data show renewed activity in the flow of goods across the country, as well as at ports worldwide that do business with China. If the freeze in Europe and America continues for much longer, Chinese companies will be able to dramatically expand market share and replace Western-led value chains. Just yesterday Chinese authorities announced that manufacturing activity expanded in March, defying expectations of a contraction. In February the official Purchasing Managers’ Index hit a record low of 35.7. It bounced back to 52.0 in March. Prepare for a worldwide wave of Chinese acquisitions at knockdown prices.

Finally, in a more extreme scenario, important countries could experience the kind of economic shock that leads to widespread social and political collapse. At that point, China would have a unique opportunity to step in, provide aid, and refashion these countries in its image. It would look like a repeat of the Marshall Plan and the beginning of the American world order after the ravages of World War II. Indonesia, South Asia, and even Russia might be of special interest in such a scenario.

We knew that a generalized race or competition between alternative geopolitical models had started, but it was never clear what the background for such a competition would be. If the clash took place within the existing global trade and financial system, which was of course built according to Western rules and principles, the United States was confident the battle could be decisively won. But what if it took place on neutral ground? What if it took place in a kind of neutral landscape, a state of nature with few or no rules, against a chaotic and quickly evolving background? The outcome would become considerably more uncertain.

To put it more bluntly: There was always an argument that the existing world order cannot change because only a momentous war has done that in the past and world wars have become impossible. But in pandemics — and soon in climate change — we may have found two functional equivalents of war.