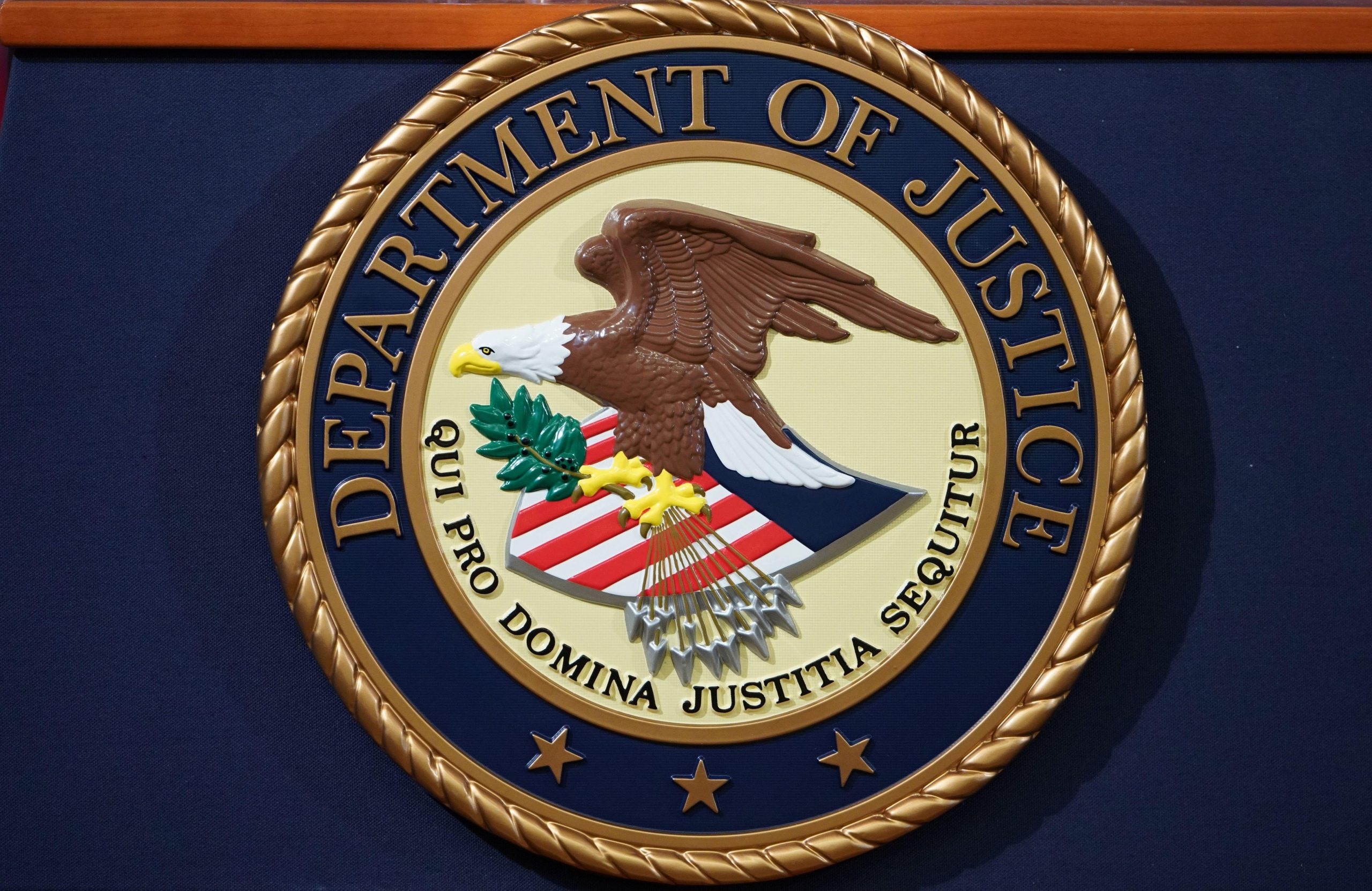 “This is an incredibly misleading statement to the FISA court because what the letter doesn’t say is that 18-months earlier the sub-source, also known in the IG report as the “primary sub-source”, informed the FBI that the material attributed to him in the dossier was essentially junk.”–

Amid a series of documents released by the Senate Judiciary Committee [SEE HERE] there is a rather alarming letter from the DOJ to the FISA Court in July 2018 that points toward an institutional cover-up.   [Link to Letter]

Before getting to the substance of the letter, it’s important to put the release in context.  After the FISA Court reviewed the DOJ inspector general report, the FISC ordered the DOJ-NSD to declassify and release documents related to the Carter Page FISA application.

In the cover letter for this specific release to the Senate Judiciary and Senate Intelligence committees, the DOJ cites the January 7, 2020, FISA court order:

Keep in mind that prior to this release only the FISA court had seen this letter from the DOJ-National Security Division (DOJ-NSD).  As we walk through the alarming content of this letter I think you’ll identify the motive behind the FISC order to release it.

First, the letter in question was sent by the DOJ-NSD to the FISA Court on July 12, 2018.  It is critical to keep the date of the letter in mind as we review the content.

Aside from the date the important part of the first page is the motive for sending it. The DOJ is telling the court in July 2018: based on what they know the FISA application still contains “sufficient predication for the Court to have found probable cause” to approve the application.   The DOJ is defending the Carter Page FISA application as still valid.

However, it is within the justification of the application that alarm bells are found. On page six the letter identifies the primary participants behind the FISA redactions:

As you can see: Christopher Steele is noted as “Source #1”.  Glenn Simpson of Fusion-GPS is noted as “identified U.S. person” or “business associate”; and Perkins Coie is the “U.S-based law firm.”

On page #8 when discussing Christopher Steele’s sub-source, the DOJ notes the FBI found him to be truthful and cooperative.

This is an incredibly misleading statement to the FISA court because what the letter doesn’t say is that 18-months earlier the sub-source, also known in the IG report as the “primary sub-source”, informed the FBI that the material attributed to him in the dossier was essentially junk.

Let’s look at how the IG report frames the primary sub-source, and specifically notice the FBI contact and questioning took place in January 2017 (we now know that date to be January 12, 2017):

Those interviews with Steele’s primary sub-source took place in January, March and May of 2017; and clearly the sub-source debunked the content of the dossier itself.

Those interviews were 18-months, 16-months and 14-months ahead of the July 2018 DOJ letter to the FISC.   The DOJ-NSD says the sub-source was “truthful and cooperative” but the DOJ doesn’t tell the court the content of the truthfulness and cooperation.  Why?

Keep in mind this letter to the court was written by AAG John Demers in July 2018.  Jeff Sessions was Attorney General, Rod Rosenstein was Deputy AG; Christopher Wray was FBI Director, David Bowditch is Deputy, and Dana Boente is FBI chief-legal-counsel.

Why would the DOJ-NSD not be forthcoming with the FISA court about the primary sub-source?  This level of disingenuous withholding of information speaks to an institutional motive.

By July 2018 the DOJ clearly knew the dossier was full of fabrications, yet they withheld that information from the court and said the predicate was still valid.  Why?

It doesn’t take a deep-weeds-walker to identify the DOJ motive.

In July 2018 Robert Mueller’s investigation was at its apex.

This letter justifying the application and claiming the current information would still be a valid predicate therein, speaks to the 2018 DOJ needing to retain the validity of the FISA warrant…. My research suspicion is that the DOJ needed to protect evidence Mueller had already extracted from the fraudulent FISA authority.  That’s the motive.

In July 2018 if the DOJ-NSD had admitted the FISA application and all renewals were fatally flawed Robert Mueller would have needed to withdraw any evidence gathered as a result of its exploitation.  The DOJ in 2018 was protecting Mueller’s poisoned fruit.

If the DOJ had been honest with the court, there’s a strong possibility some, perhaps much, of Mueller evidence gathering would have been invalidated… and cases were pending.  The solution: mislead the court and claim the predication was still valid.

This is not simply a hunch, because that motive also speaks to why the FISC would order the current DOJ to release the letter.

Remember, in December the FISC received the IG Horowitz report; and they would have immediately noted the disparity between what IG Horowitz outlined about the FBI investigating Steele’s sub-source, as contrast against what the DOJ told them in July 2018.

The DOJ letter is a transparent misrepresentation when compared to the information in the Horowitz report. Hence, the court orders the DOJ to release the July letter so that everyone, including congressional oversight and the public can see the misrepresentation.

The court was misled; now everyone can see it.

The content of that DOJ-NSD letter, and the subsequent disparity, points to an institutional cover-up; and as a consequence the FISC also ordered the DOJ to begin an immediate sequestration effort to find all the evidence from the fraudulent FISA application.  The proverbial fruit from the poisonous tree…. And yes, that is ongoing.

Two more big misstatements within the July letter appear on page #9.  The first is the DOJ claiming that only after the application was filed did they become aware of Christopher Steele working for Fusion-GPS and knowing his intent was to create opposition research for the Hillary Clinton campaign.  See the top of the page.

According to the DOJ-NSD claim the number four ranking official in the DOJ, Bruce Ohr, never told them he was acting as a conduit for Christopher Steele to the FBI.   While that claim is hard to believe, in essence what the DOJ-NSD is saying in that paragraph is that the FBI hoodwinked the DOJ-NSD by not telling them where the information for the FISA application was coming from.  The DOJ, via John Demers, is blaming the FBI.

The second statement, equally as incredulous, is at the bottom of page nine where the DOJ claims they had no idea Bruce Ohr was talking to the FBI throughout the entire time any of the FISA applications were being submitted.  October 2016 through June 2017.

In essence the claim there is that Bruce Ohr was working with the FBI and never told anyone in the DOJ throughout 2016 and all the way past June 29th of 2017.  That denial seems rather unlikely; however, once again the DOJ-NSD is putting the FBI in the crosshairs and claiming they knew nothing about the information pipeline.

Bruce Ohr, whose wife was working for Fusion-GPS and assisting Christopher Steele with information, was interviewed by the FBI over a dozen times as he communicated with Steele and fed his information to the FBI.  Yet the DOJ claims they knew nothing about it.

Again, just keep in mind this claim by the DOJ-NSD is being made in July 2018, six months after Bruce Ohr was demoted twice (December 2017 and January 2018).  If what the DOJ is saying is true, well, the FBI was completely off-the-rails and rogue.

Neither option speaks well about the integrity of either institution; and quite frankly I don’t buy the DOJ-NSD spin.  Why?  The reason is simple, the DOJ is claiming in the letter the predication was still valid… if the DOJ-NSD genuinely didn’t know about the FBI manipulation, they would be informing the court in 2018 the DOJ no longer supported the FISA application due to new information.  They did not do that.  Instead, in July 2018, they specifically told the court the predicate was valid, yet the DOJ-NSD knew it was not.

The last point about the July 2018 letter is perhaps the most jarring.  Again, keep in mind when it was written Chris Wray is FBI Director, David Bowditch is Deputy and Dana Boente is FBI chief legal counsel.

Their own FBI reports, by three different INSD and IG investigations; had turned up seriously alarming evidence going back to the early 2017 time-frame; the results of which ultimately led to the DC FBI office losing all of their top officials; and knowing the letter itself was full of misleading and false information about FBI knowledge in/around Christopher Steele; this particular sentence is alarming:

“The FBI has reviewed this letter and confirmed its factual accuracy?”

As we have just shared, the July 2018 letter itself is filled with factual inaccuracies, misstatements and intentional omissions.  So who exactly did the “reviewing”?

This declassification release raises more questions than any other in recent memory.  Perhaps AG Bill Barr will now start asking some rather hard questions to FBI Director Christopher Wray.

Here’s the Full Letter.  I strongly suggest everyone read the 14-pages slowly.  If you know the background, this letter is infuriating…