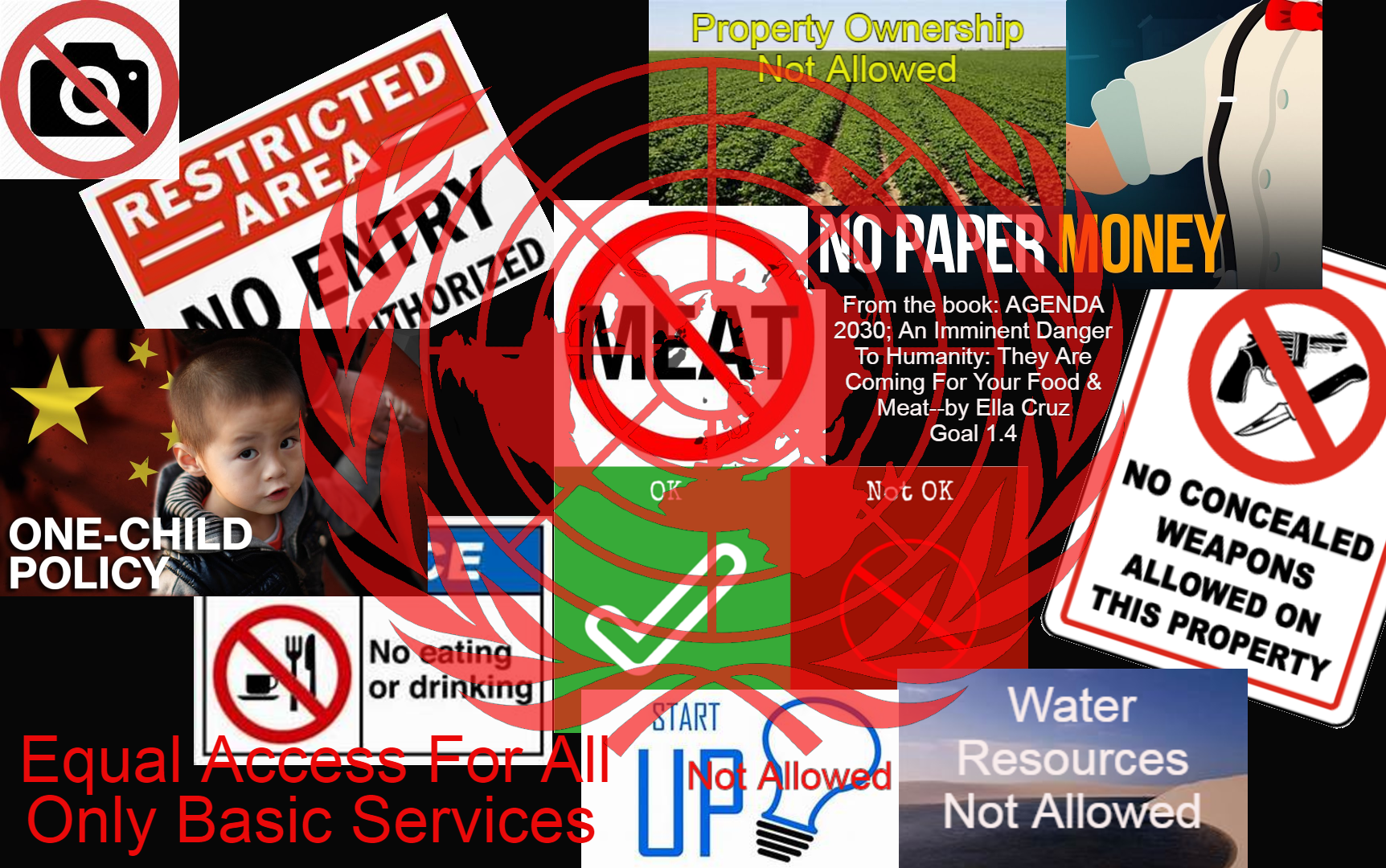 “Equal access to micro and NOT macro financing is another souvenir of this goal which means Centralized banks, IMF, a World Bank to control all finances.”

1.4       “By 2030, ensure that all men and women, in particular the poor and the vulnerable, have equal rights to economic resources, as well as access to basic services, ownership and control over land and other forms of property, inheritance, natural resources, appropriate new technology and financial services, including microfinance”

Translation: (1- Equal not good or high but “equal.” Equal rights to economic resources. Not a high standard of economic resources but “equal rights” to economic resources. Socialism; a copycat of China and Venezuela but ruled by technocrats. They practically say we raise a minimum wage from $1.25 to $2.2, and you will be on our payroll to receive $2.25, so we have fulfilled the promise, instead, you are not allowed to have access to more than $2.25 nor any right to have property ownership as it contradicts the premise of “equal access” for all.

The same line of the article follows like this: ” equal access to appropriate new technology and financial services, including microfinance”…

Equal access to micro and NOT macro financing is another souvenir of this goal which means Centralized banks, IMF, a World Bank to control all finances. The monster we see here is “the government.” It is all over the place interfering with everything, and as this is agenda 2030, the government means The United Nations’ New World Order which will force people to accept poverty as the new norm. Raising a wage from the lowest to very low is their standard and means lowering the “middle class and above” to very new low and this is the new standard; the new modernized world nation with all those horns and trumpets is only a degraded, poor and controlled nation.)