The horned man or “Shaman-Q sent me” who stole the scene in every photograph and entered the capital building was quite determined to BE SEEN and good for him, he was seen.

Within official codes surrounding his figure, including the devil’s horns which have nothing to do with God’s people but everything to do with devil-worshipers, this one below is straight to our faces. He posed with Michiel Vos; Nanci Pelosi’s son-in-law.

Vos, who later justified his presence as a reporter! Reporting from the Capitol has mysteriously disappeared from any news channel and in fact, this photo which became one of the face-images of the Capitol event has appeared “cut” on every major fake-news station with no word about him. The only place this photo has been shown is on fake-news Snoops that claims there is a video of Vos reporting for a German network which even if true, doesn’t change the fact that the American mockingbird media was silent about it.

What was Nancy Pelosi’s son-in-law doing with this man?

Now, look at the other man. The guy at the left with long hair and a beard. A known and identified Antifa member. The horn-guy is at the spot again and the Antifa- man is always next to him. 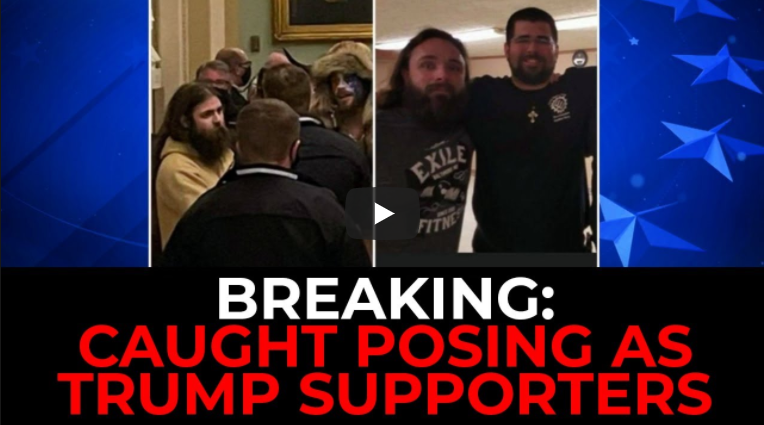 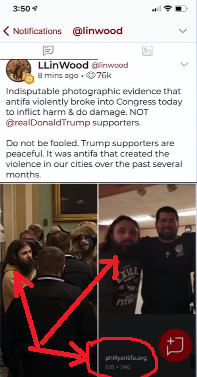 As you see the signature of the photo at the bottom-right of the picture is: Philly antifa . org 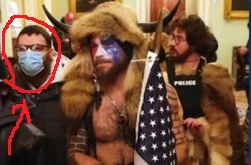 However, we all knew what an ambush was at the Capitol event and it is so obvious that uploading more pictures is just wasting time but the reason I decided to post them was the arrogance of Pelosi and anyone who is associated with her. They not only do it but spit on our faces while doing it.