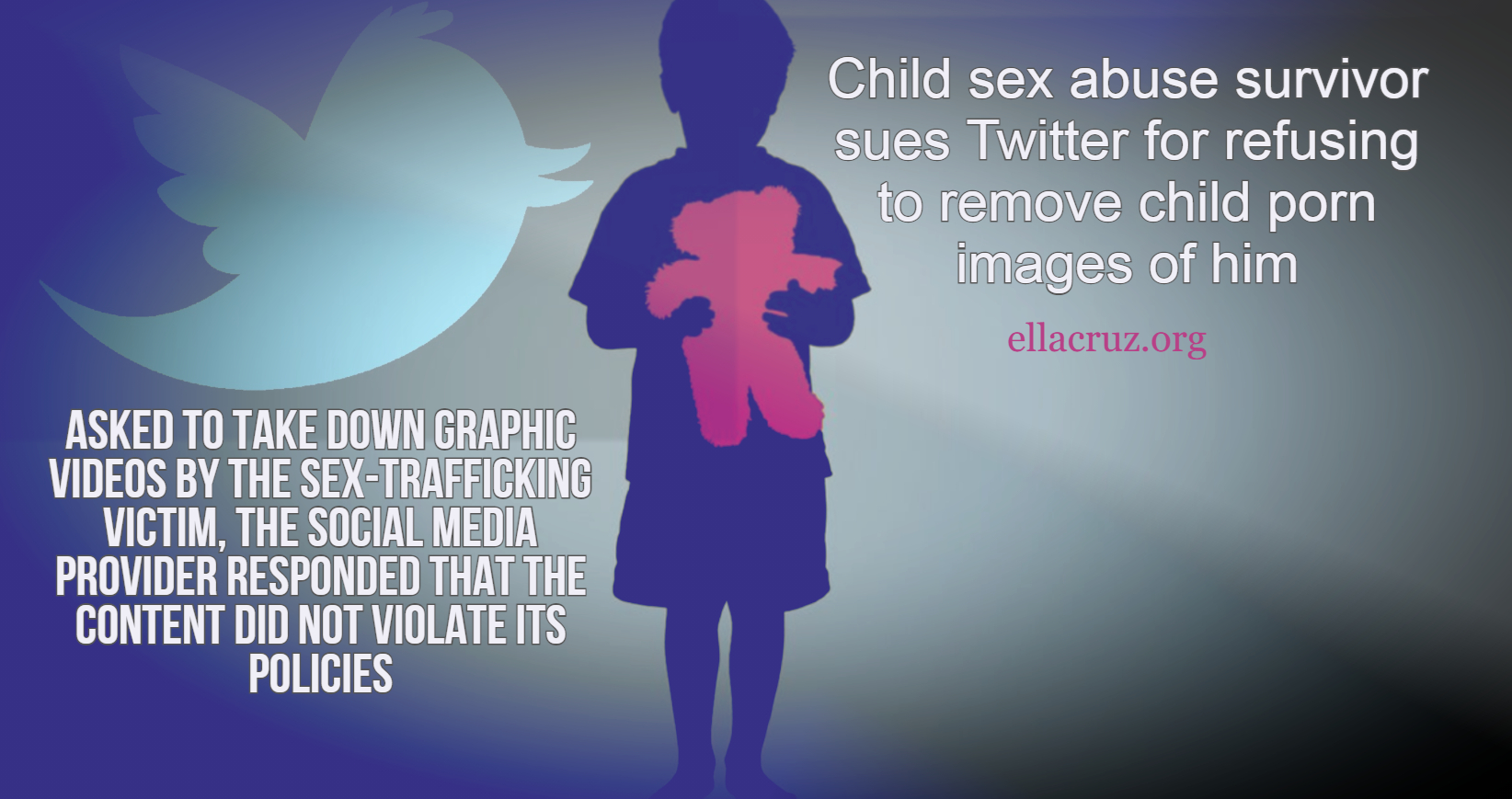 Asked to take down graphic videos by the sex-trafficking victim, the social media provider responded that the content did not violate its policies.
By LifeSiteNews.com

WASHINGTON, D.C., January 21, 2021 (LifeSiteNews) – The National Center on Sexual Exploitation Law Center (NCOSE), The Haba Law Firm, and The Matiasic Firm jointly filed a federal lawsuit against Twitter on behalf of a minor who was trafficked on the social media platform that boasts more than 330 million users.

At age 16, Plaintiff John Doe was horrified to find out sexually graphic videos of himself — made at age 13 under duress by sex traffickers — had been posted to Twitter. Both John Doe and his mother, Jane Doe, contacted the authorities and Twitter. Using Twitter’s reporting system, which according to its policies is designed to catch and stop illegal material like child sexual abuse material (CSAM) from being distributed, the Doe family verified that John Doe was a minor and the videos needed to be taken down immediately.

“As John Doe’s situation makes clear, Twitter is not committed to removing child sex abuse material from its platform. Even worse, Twitter contributes to and profits from the sexual exploitation of countless individuals because of its harmful practices and platform design,” said Peter Gentala, senior legal counsel for the National Center on Sexual Exploitation Law Center. “Despite its public expressions to the contrary, Twitter is swarming with uploaded child pornography and Twitter management does little or nothing to prevent it.”

Instead of the videos being removed, Twitter did nothing, even reporting back to John Doe that the video in question did not in fact violate any of their policies. This lack of care and proper attention resulted in the CSAM of John Doe accumulating more than 167,000 views before direct involvement from a law enforcement officer caused Twitter to remove the child pornography material. John Doe is now suing Twitter for its involvement in and profiting from his sexual exploitation, which violates the Trafficking Victims Protection Reauthorization Act and various other protections afforded by law.

— Article continues below Petition —
PETITION: Dump Twitter and Big Tech for threatening our democracy and freedom of speech

“All of these views could have been prevented by Twitter, but it inexplicably refused to remove Doe’s videos despite clear proof that he is a minor. No child or parent should have to endure this egregious violation of their rights by a technology company,” said Lisa Haba, partner at The Haba Law Firm.

“Twitter clearly needs to properly address the egregious issues of exploitation and abuse happening throughout its platform. We hope that John Doe receives some measure of justice and that this lawsuit will pave the way for other survivors to seek justice,” Gentala said.

The National Center on Sexual Exploitation Law Center offers survivors of pornography-related abuse a way to seek justice. More information can be found at: https://sexualexploitationlawsuits.com.