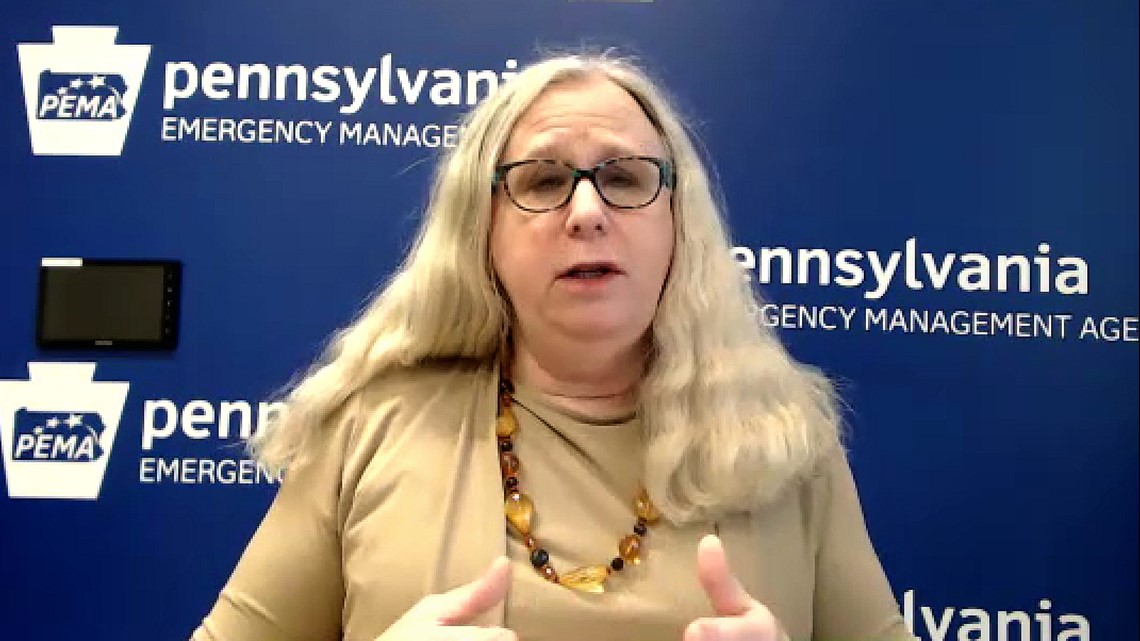 Twitter thought police suspend another Christian organization for the crime of acknowledging a biological fact. The tweet that was labeled “hateful” had no hateful content. It just calls him by his biological sex and said “Dr. Levine is a transgender woman, that is, a man who believes he is a woman.

How long until the Bible will be called hateful?

This is a very calculated effort. Make no mistake. They start from conservatives to prepare the ground. For justifying themselves when they reach the main goal which is Christianity. God says there are two sexes: Male and female, full stop.

Dr. Levin was in charge of the department of health and the Coronavirus task force in Pennsylvania. Rachel Levine, former PA state’s Secretary of Health is now the Assistant Secretary for Health in Biden administration. His expertise is in treating pediatric eating and addiction disorders.

That implies he should enjoy a very healthy eating style.

Despite obvious eating disorders, the scandal around him is something else. According to the reports, most of Pennsylvania’s death numbers came from nursing homes and the unsafe handling of coronavirus patients. But this did not keep Rachel Levine from forcing nursing homes to retake their covid-19 positive hospitalized patients. According to his theories, nursing homes should not complicate the situation in hospitals by keeping their patients long after their recovery.

But not for his mother.

“Dr. Rachel Levine pursued a ruinous policy of forcing PA nursing homes to reabsorb Covid-positive patients — and then quietly moved her 95-year-old mother to a fancy hotel. This Editorial Board calls for her resignation as PA Health Secretary.”

“Pennsylvania Health Secretary Dr. Rachel Levine defended herself Wednesday after reports that her 95-year-old mother relocated from a care facility after Levine said such centers could begin accepting coronavirus patients discharged from hospitals.

Cases of the virus in nursing homes have skyrocketed in Pennsylvania, with about two-thirds of the state’s 3,800 deaths being residents of long-term care facilities, PennLive reported.

“My mother requested and my sister and I, as her children, complied to move her to another location during the COVID-19 outbreak,” Levine said in a news conference, according to Harrisburg’s WHTM-TV. “My mother is 95 years old. She is very intelligent and more than competent to make her own decisions.” 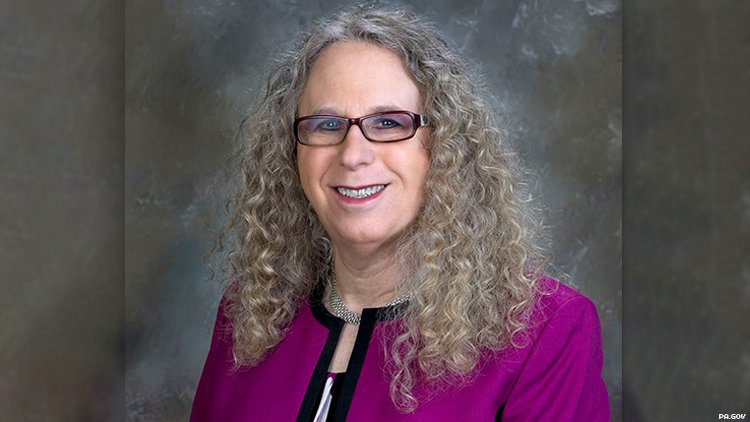 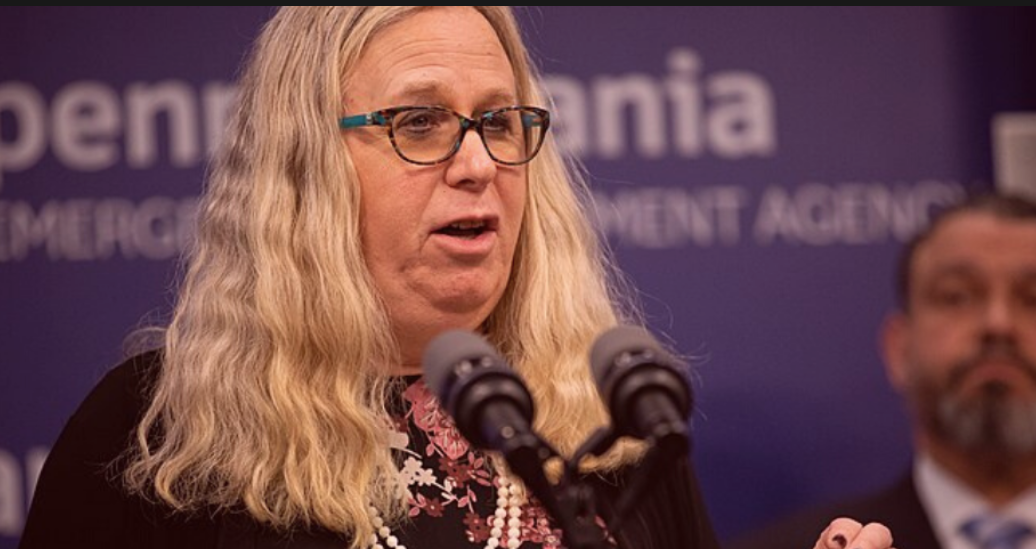 The news website of a Christian organization was suspended from its Twitter account last week for saying that Dr. Rachel Levine, the assistant secretary for health at the Department of HHS, is a biological male.

The Daily Citizen, which is a part of Focus on the Family, engaged in “hateful” rhetoric, according to the social media platform, when they tweeted January 19: “On Tuesday, President-elect Joe Biden announced that he had chosen Dr. Rachel Levine to serve as Assistant Secretary for Health at the Department of HHS. Dr. Levine is a transgender woman, that is, a man who believes he is a woman.” 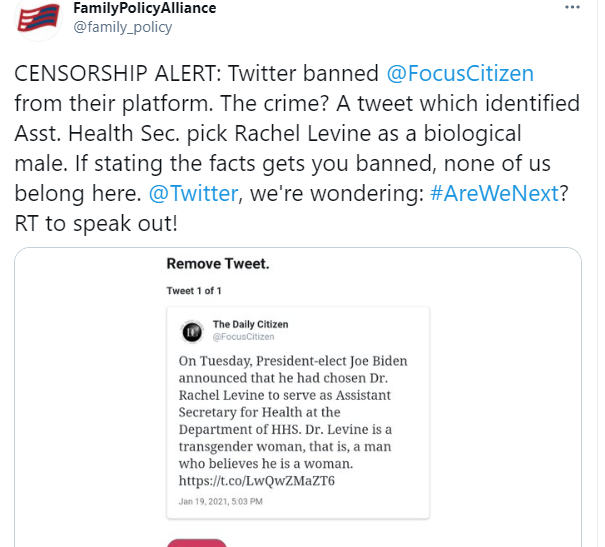 Focus on the Family President Jim Daly responded to the incident on his blog, writing, “As I’ve noted before, Big Tech titans are the new emperors of the twenty-first century, wielding an inordinate amount of power by silencing individuals and organizations that don’t comport or cave to their political or social point of view.”

“In recent weeks, high-profile, outspoken individuals have been banned from social media, including former President Donald Trump and Mike Lindell, CEO and founder of My Pillow,” Daly continued.

“You can now add Focus on the Family’s The Daily Citizen to the list,” he added.”This past week, Twitter locked The Daily Citizen for an alleged rules violation, specifically that we had posted ‘hateful’ content. It’s simply not true. We did no such thing.”

Noting how they simply offered the literal definition for a transgender woman and linked to an article that was not even about Levine’s gender identity, Daly said, “We’ve asked Twitter to explain what was wrong with our wording and even asked them how we might describe Dr. Levine to their liking. At this writing, we haven’t heard back.”

“Over the course of the last week, President Biden has been stressing the need for unity – but his actions since taking office are all about demanding uniformity,” Daly observed. “There appears to be no room for convictional disagreement.”

“You will comply – or be silenced,” he added.

Focus on the Family takes a firm stand on its views regarding sexuality and gender, writing on their website:

We believe that God created humans in His image, intentionally and immutably male and female, each bringing unique and complementary qualities to sexuality and relationships. Sexuality is a glorious gift from God to be offered back to Him either in marriage for procreation, union, and mutual delight or in celibacy for undivided devotion to Christ. Christians are called to proclaim the truth and beauty of God’s design and the redemption of sexual brokenness in our lives and culture through Jesus Christ.

According to The Daily Citizen, allies of Focus on the Family led by Family Policy Alliance, are gathering support for the organization and readying a petition to send to Twitter.