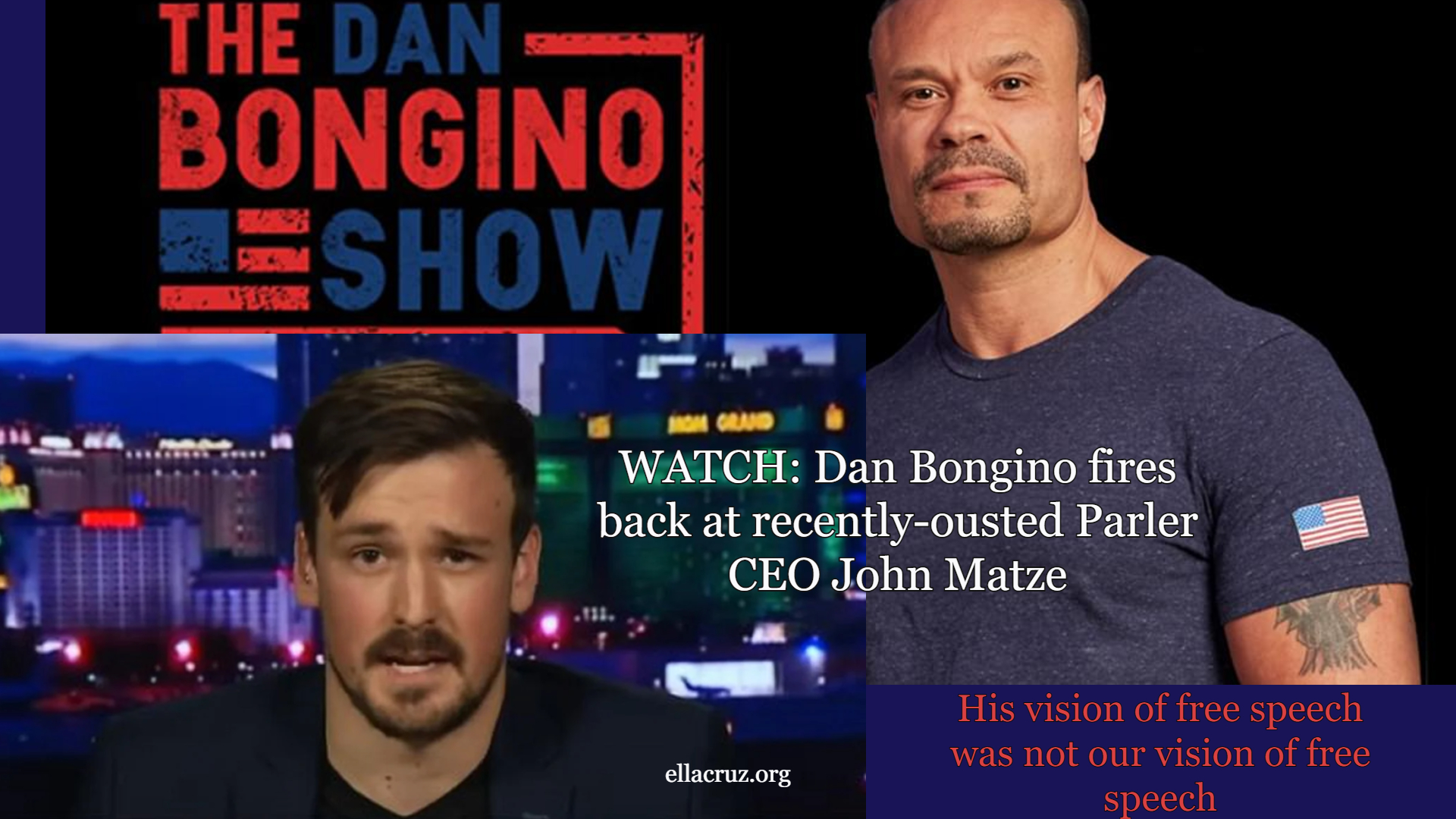 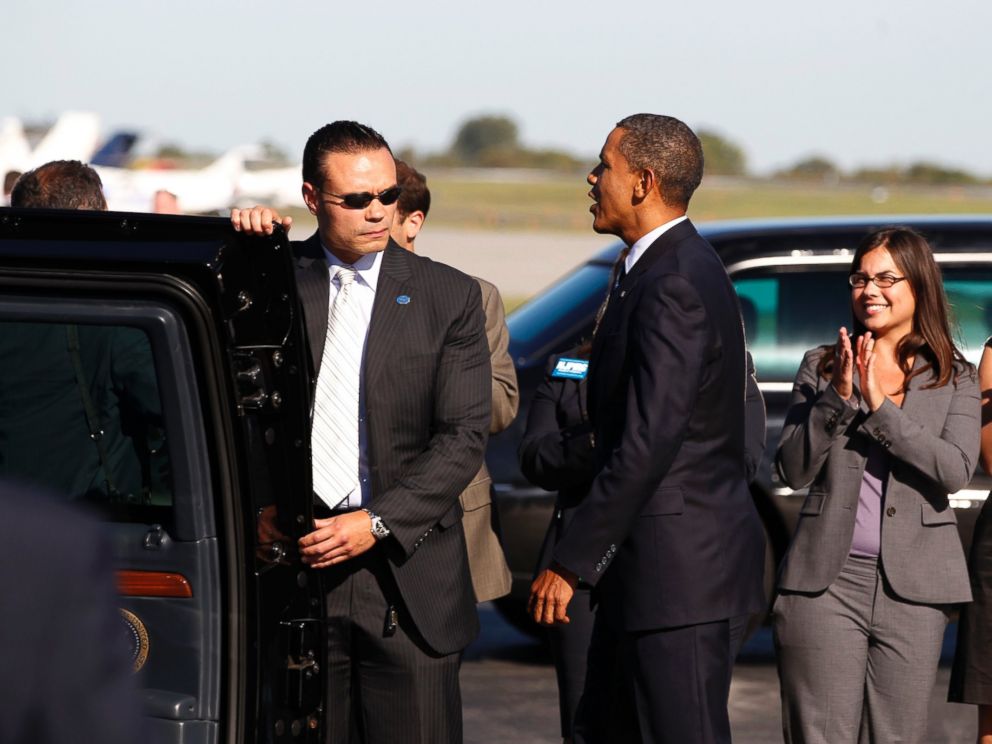 Who would you believe? A Secret Service agent who turned against Obama and has dedicated his life to fighting with what he witnessed in the White House or a young CEO with no freedom-fighting background who could have Parler down for his negligence to rely on Amazon cloud? I believe Dan.

Article below by Conservative Review.

“He is no white knight in his story. There are people who fought hard to get this back up in a fighting right now, and a working nonstop. And that story you’re hearing is not true.”

Following a memo leaked to Fox News in which Parler CEO John Matze announced to employees that he’d been terminated by the Board of Directors, Dan Bongino broadcast a livestream to “correct the record,” saying “the story you’re hearing, unfortunately, is not correct.”

WATCH: Bongino claims that he and the other owners of Parler are dedicated to free speech, set record straight about former CEO John Matze. pic.twitter.com/iGw6itLDaR

Bongino, who has an ownership stake in Parler, said “I have no personal gripe against John, the CEO at all. I want to be crystal clear, but John decided to make this public, not us. We decided we were handling it like gentlemen and John decided to… put out this memo that was made public via press reports.”

In the memo distributed to staff, Matze said, “On January 29, 2021, the Parler board controlled by Rebekah Mercer decided to immediately terminate my position as CEO of Parler. I did not participate in this decision.” Matze continued, “I understand that those who now control the company have made some communications to employees and other third parties that have unfortunately created confusion and prompted me to make this public statement.”

Matze added, “Over the past few months, I’ve met constant resistance to my product vision, my strong belief in free speech and my view of how the Parler site should be managed. For example, I advocated for more product stability and what I believe is a more effective approach to content moderation.”

Bongino pushed back on the Matze’s claim. “So here’s what really happened. We were the ones in fact fighting to get Parler back up. It was some really bad decisions made by people on the inside and listen, this isn’t us airing, dirty laundry. This is protecting a company that is absolutely committed to free speech that I put the last year of my life into.”

Bongino directly addressed Matze’s allegations. “There were two separate visions for the company. And I don’t know what John’s saying in his reports out there, but this free speech vision that was ours, the other owners of the company, let me be crystal clear on this. He makes two points that all I was a big advocate for free speech. It was my vision, and I was a big advocate for product stability.”

Bongino then discussed why the former CEO was terminated. “The relationship with Parler and the CEO did not work out because the CEO’s vision was not ours… We needed to get up and fight back. Some terrible decisions were made in the past that led to this, that led us to getting pulled down by Amazon.”

“The vision of the company as a free speech platform was mine and the two other owners, and we were resolutely committed that folks we could have been up after, uh, Apple, Amazon and Google wiped this out. We could have been up in a week if we just would have bent the knee and followed all the ridiculous Apple edicts to become a heavy moderation site to the left of Twitter,” Bongino said.

“We don’t want garbage on our site either,” Bongino said, addressing the claims that Parler had been unable to monitor hate speech on the site. “And we took the proper steps to do that, but we were a free speech site and will remain as such. And that’s why it’s taken so long to get back up and John statements out there that he made in this leaked memo that made it into the news. Those statements are false.”

It was believed by Amazon, Google, and Apple that Parler bore responsibility for the Capitol Hill riot. Politicians, pundits, and owners of other social media platforms had claimed that it was on the Parler platform that the riot was organized. The backlash against the app itself extended to users of the app as well. One woman was fired from her job with a literary agency when the agency was notified by an anonymous user on Twitter that the woman had a Parler account.

Bongino then discussed Matze personally. “Is he really sure he wants to get into this again? I have no personal beef with the man at all. But this is an outrageous attack on people who have done nothing but work day and night to get this site back up and to fight back against these cancel culture goons, and to get knee cap like this by someone we trusted is a disgrace. He is no white knight in his story. There are people who fought hard to get this back up in a fighting right now, and a working nonstop. And that story you’re hearing is not true.”

Bongino concluded by saying, “Immune and hardened to cancel culture was ours, ours, me and the two owners. Anyone telling you otherwise is feeding you fairytales and fables. That is false. And when the real story comes out and you see the communications, if those ever come out, you’ll see my story is 100 percent true because it’s not a story. Parler is absolutely committed to free speech, no matter what. And that’s why it’s taken so long to get back.”

Fans of the social media app had been anticipating a return of the platform, as the company tried to rebuild. Matze originally said he had every reason to believe the app would make a return. Parler launched a lawsuit, alleging anti-trust violations against Amazon, but a judge in San Francisco threw it out. Some lawmakers even said that Parler should be investigated for domestic terrorism.