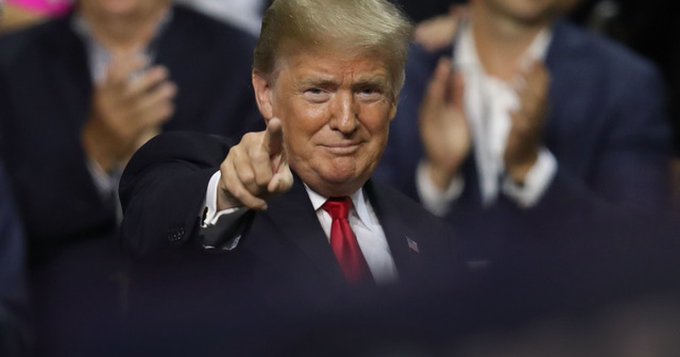 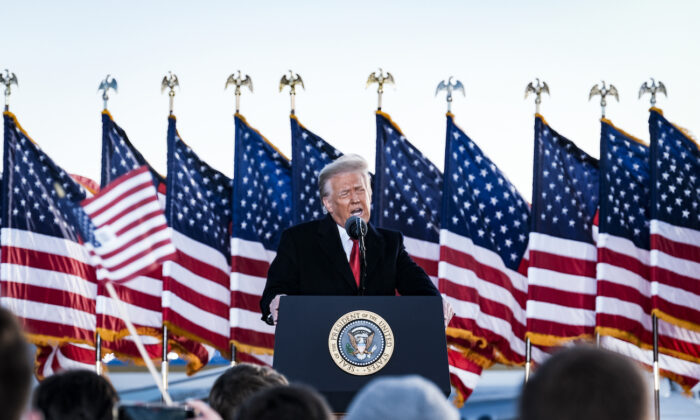 President Donald Trump speaks to supporters before boarding Air Force One for his last time as president at Joint Base Andrews, Md., on Jan. 20, 2021. (Pete Marovich/Pool/Getty Images)
BY MIMI NGUYEN LY

“It is official. Happy Donald J. Trump week in the City of Frostproof! The first of its kind. Feb 1-6th,” announced the city’s vice mayor, Austin Gravley.

The leaders made the declaration on Monday night after a city council meeting, reported WFLA.

The small town of some 3,180 people saw high support for the former president in the 2020 presidential election, with more than 76 percent of the votes cast for Trump, according to the city’s proclamation.

“Former President Donald J. Trump was overwhelmingly supported, and received 76.43% of the votes in Frostproof, Florida, Precinct 537, won the state of Florida twice and received more votes than any incumbent in United States History,” the proclamation states, according to a copy shared online by State Rep. Anthony Sabatini, a Republican.

Frostproof is part of Polk County, which had 56.56 percent in favor of Trump in the 2020 presidential election.

The proclamation praised Trump, noting that while he was president, the country “gained millions of new jobs, including more than 1.2 million manufacturing and construction jobs while designating 9,000 opportunity zones,” as well as achieved “new unemployment record lows.”

The city also noted in its proclamation that the United States “engaged in no new wars … while bringing many troops home.”

Gravley introduced the item to the city council meeting agenda as a way to honor Trump, according to a meeting agenda, reported WTSP.

“The positive feedback on Donald J Trump week has been phenomenal. I am certain the President has heard about it by now. Just happy we could do just a little something to honor 45,” Gravley wrote on Facebook late Tuesday. “Can certainly tell he won Florida twice.”

Sabatini, who had attended the city council meeting to speak in favor of the proclamation, had announced last month in a Twitter post that he planned to introduce legislation to rename U.S. Highway 27 in Florida as “President Donald J. Trump Highway,” according to the outlet.