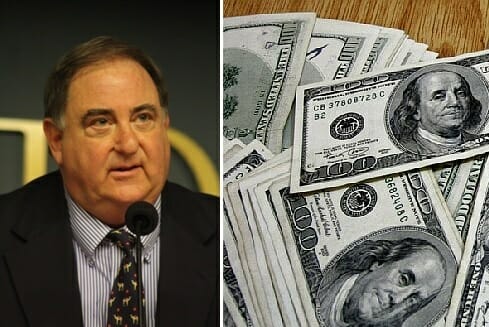 It’s now confirmed that the FBI used a known drug addict in an effort to set up and bring down the President of the United States, Donald J. Trump, and anyone connected to him.

This is today’s FBI – set up innocent individuals with crimes while ignoring real obvious crimes like those involved in the 2020 election.

In late February documents were released surrounding one of the FBI’s spies hired to set up and discredit members of the Trump team in 2016.  The Conservative Treehouse noted:

The FBI documents outline how Stefan Halper was enlisted by the FBI for their operation to target the campaign of Donald Trump in 2016. Halper agreed to become a confidential human source (CHS) or spy for the FBI, and record contacts with several members of the Trump campaign in order to frame the Russian collusion narrative.

Despite secret recordings showing Carter Page clearly had no idea about any Russian connections to the campaign, or people within it; and despite Page clearly rebuking any effort to draw those inferences; the FBI still went forward with a Title-1 FISA surveillance warrant against Page and never informed the court of the exculpatory recordings.

The documents were released by John Solomon at Just the News:

“The main goal of the operation is to have CD admit that he has direct knowledge of and is either helping coordinate or assisting the RF [Russian Federation] conduct an active measure campaign with the ‘Trump Team,’” stated an Aug. 24, 2016 report detailing the FBI’s interactions with Halper that week.

If the Page operation failed, the FBI “team would then change its posture and move forward with an operation against CROSSFIRE TYPHOON,” the memos stated. (read more)

It was all a setup – there was no crime but the FBI wanted to create one.

The problem with the FBI is that they used a drug addict to do their dirty work: