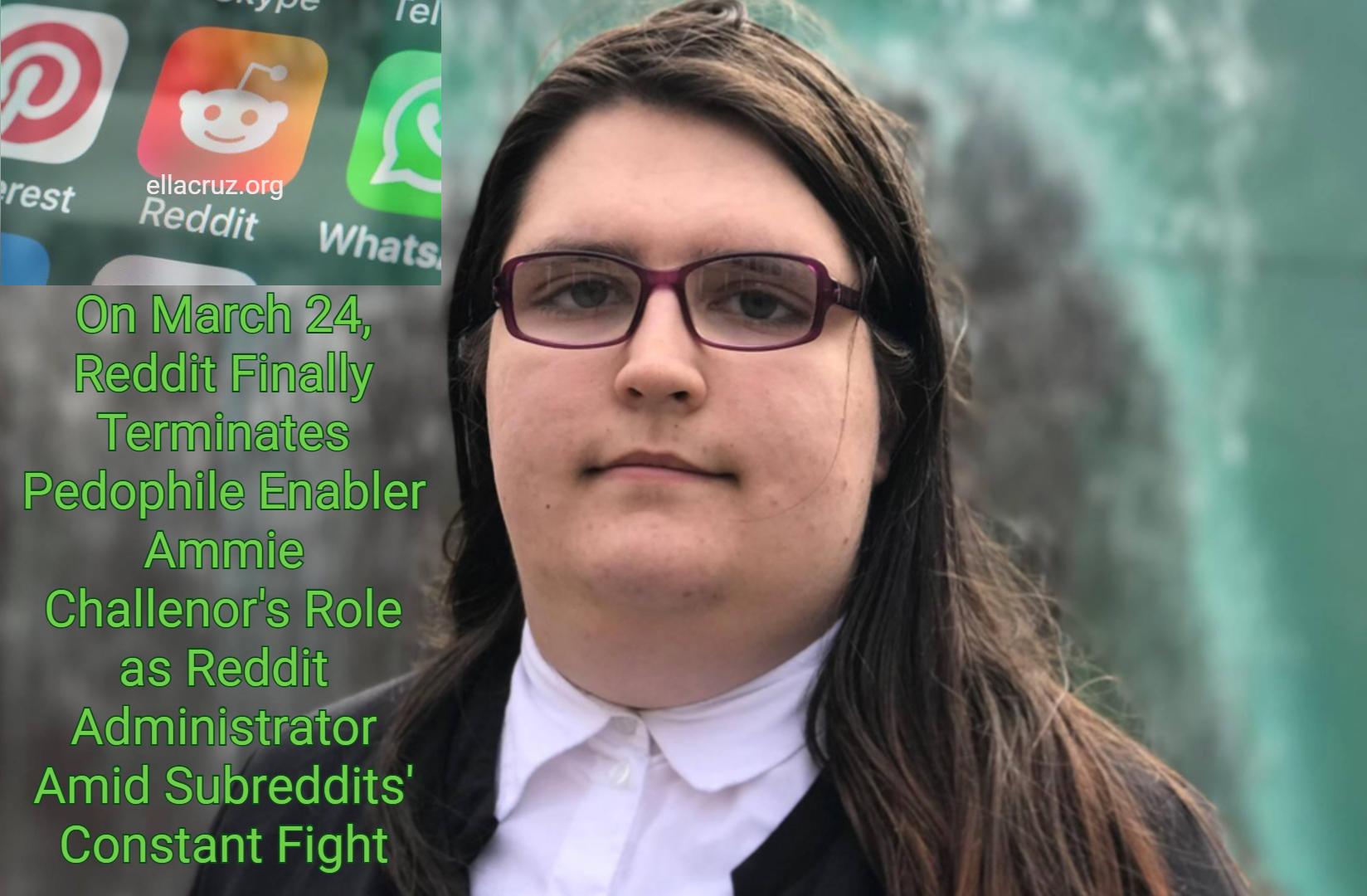 However, they used to hide it. Instead, Reddit consciously hired Aimee Challenor Knight, a person who allegedly helped his father in raping children, and after many subreddits attacking the administrators, the pedophile sympathizer was fired on March 24, 2021, just 2 days ago.

The pattern is: Many transgenders express their sexual interest in children, people attack them for their disgusting interest and they accuse people of being transphobic and attack them back playing the victim. This is a cycle repeating over and over again.

“In October 2018, she joined the Liberal Democrats, becoming the Diversity Officer of her local party.[32][33][34] She was suspended from the Liberal Democrats in July 2019, after tweets appeared on her partner’s account admitting to having sexual fantasies involving sex with children. One of the tweets by Nathaniel Knight’s account read: “I fantasise about children having sex, sometimes with adults, sometimes with other children, sometimes kidnapped and forced into bad situations.”[35][36] Knight later claimed that her partner’s account had been hacked.[4][35]

“In August 2018, Knight’s father David Challenor was sentenced to 22 years in prison for raping and torturing a 10-year-old girl in the attic of the home shared by him, his wife Tina Challenor, and Knight. Knight’s father had been reported to the police in 2015 and charged in November 2016. Following this, Knight chose her father as her election agent for the 2017 general election and also the 2018 council elections. Knight had given her father’s name as “Baloo Challenor” on campaign materials, later commenting that he was known locally by this nickname.[6] After her father’s sentencing, Knight – who insisted she did not know the allegations against her father in full – stood down from the Green Party’s deputy leadership election.[6][7][25]“

A post regarding the matter is directly published below.

Aimee Challenor actively helped her pedophile father rape an 11 year old girl and then went on to defend him and bail him out of jail, despite all of this, she was hired as a reddit administrator and when the news got out that she was a pedophile supporter reddit enacted an “anti-doxxing” rule which automatically banned every single person who said the name “Aimee Challenor” on reddit.

Many subreddits went private to protest against the decision made by reddit to hire and then protect a pedophile.

Later on, she was “fired” (officially)

Now we have LGBT subreddits going private to protest her removal from the admin team.