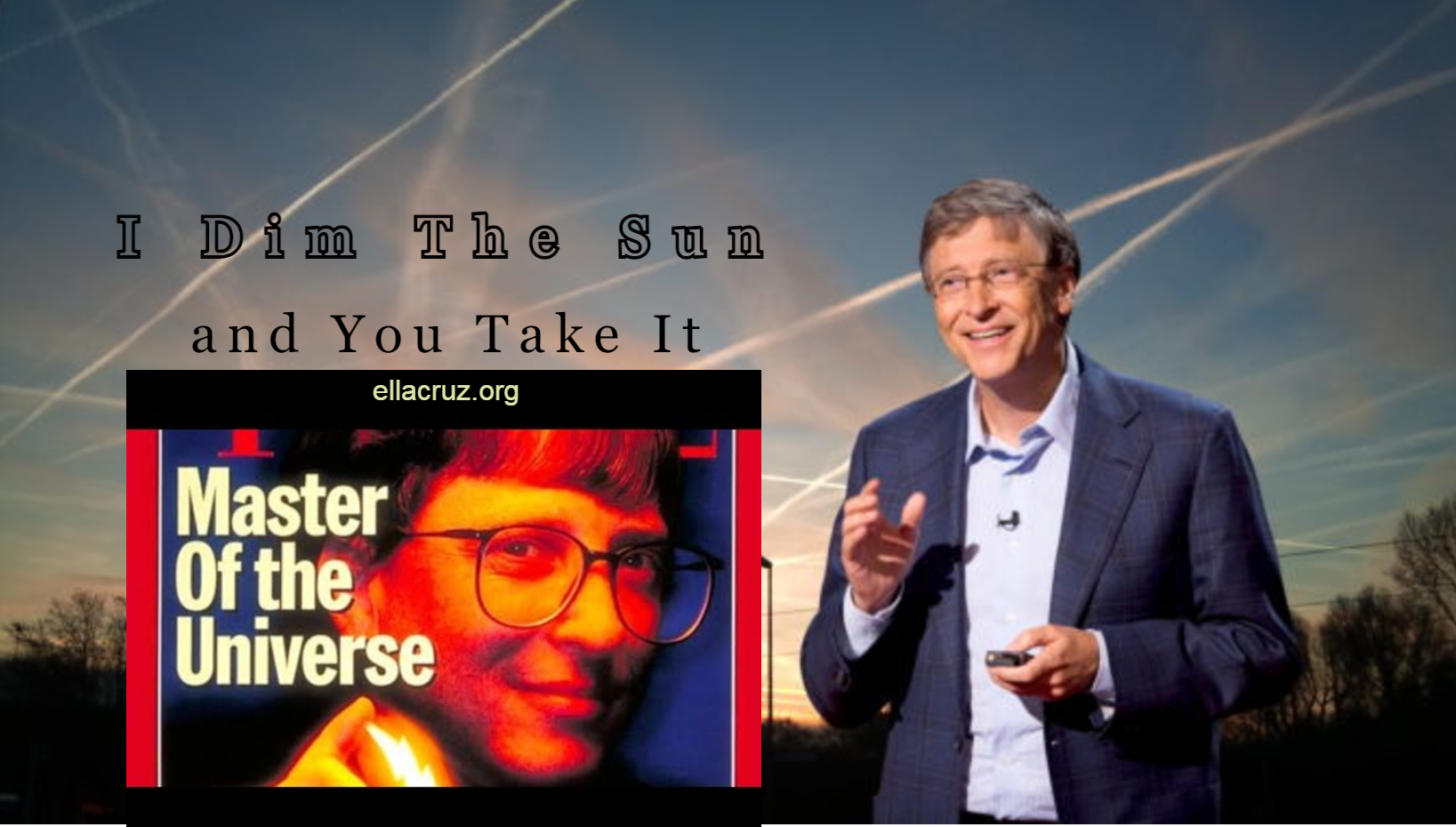 There is just one sun, and it belongs to Bill Gates. The ugly truth above your head in the sky has been denied for decades. Whenever we talked about the sun, and the mysterious airplanes that appear from nowhere and zigzag the sky with their dark white foam, the Department of Defense, the CIA, and the city councils rejected the truth: “We are seeding the clouds for rain” was the usual answer but now the truth has arrived in Fox News and Tucker has had it enough.

From AGENDA 2030; An Imminent Danger To Humanity: They Are Coming For Your Food & Meat

“Every day new researches present more aerosol vaccinations as solutions for large populations. Yes, you heard it right. Micro intoxication by vaccines as an individual has not felt right down our throats, and yet their project is a mass vaccination at macro levels using aerosol spraying. Where are we going?

Gas chambers sprayed from above.

Congress and local officials legally regulate the ongoing phenomena through pseudo-science under our nose, but the denial of its very existence continues to be the only response we receive. The order and the blueprint of defrauding us come from the United Nations megalomaniacs, and Congress has no intention to seize the control scam and the constant crime against nature.

Human arrogance and greed have finally found a way to subvert the very harmony and foundational structure of the Earth that support us and keep us whole, and that is the geoengineering of the land, sea and the weather, GMO, seed modification, water poisoning, and chemtrails or the foamy X patterns in the sky above us. The massive grey hexagrams seem to chain skies above all countries in the world with no exception.

They removed our sunshine and transformed a bright sunny day to a dark and dreadful one, and we are there helpless, breathing the sickening foam. This is the Frankenstein Science jumping out of a movie and shaping our reality, and the only language they can hear is the language of the law: Legal action.

The reports and pictures from Europe, Canada, and Australia confirm the same frequency, the same volume and the same behavior pattern of the jets at the same hours with the same symptoms among people affected.

On January 12, 2011, Ted Gunderson, Former Head of The Los Angeles FBI, who exposed Satanic Cults, Pedophiles, Chemtrails and conspiracies about 9/11, before being found dead with his body poisoned by Arsenal made the following statement: 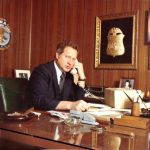 This element within our society that is doing this must be stopped. I happen to know of two of the locations where the airplanes are that dump this crap on us. Four of the planes are out of the Air National Guard in Lincoln, Nebraska. And, the other planes are out of Fort Sill, Oklahoma. I personally have observed the planes that were standing still in Nebraska – Lincoln, Nebraska – at the Air National Guard. They have no markings on them.

The genocidal solar dimming project of his highness Gates was going on for decades. As we see Ted Gunderson before being suicided was well aware of it in 2011. Scientists, journalists, and ordinary people were waking up to Bill Gates (as one of the owners of the United Nations and WHO) manipulating the sun with the excuse of stopping global warming, and now a Calgary-based Friends of Science Society calls on Harvard University to stop working with Gates chemtrailing the sky. Harvard University definitely would not care, but at least, somebody has called them out.

Reported by Reuters, Dec. 18, 2020, “the Bill Gates-funded Harvard solar dimming project has sparked unease in Sweden and elsewhere. Friends of Science Society is calling for a halt to the Harvard ‘solar dimming’ project, slated to take place later in 2021 over Sweden. The project is intended to reduce global warming by introducing an artificial cloud of reflective aerosols. Friends of Science says ‘solar dimming’ geoengineering presents a danger to civilization noting that a handful of people and a wealthy philanthropist should not have free hand to experiment when the project’s originator, Prof. David Keith, has stated that ‘many thousands will die’.”

As Tucker says in the video, “they don’t know what will be the result” but, they do it anyway. We are peasant mousses to experiment on.