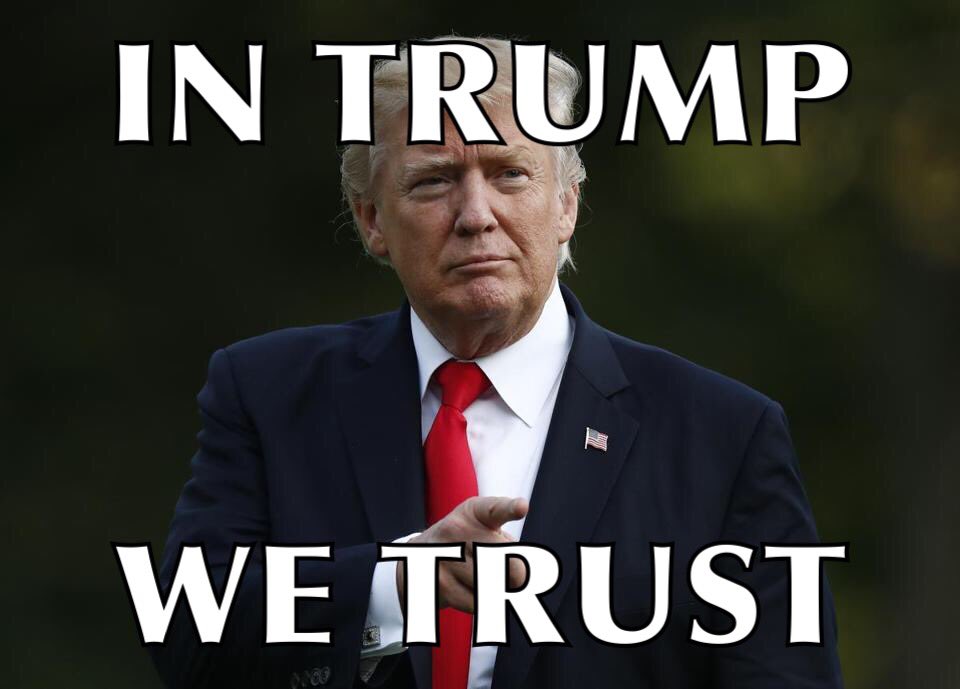 THE #RESISTANCE MANUAL
Mr. President,
This is a dangerous blueprint for the people who are attacking this Presidency, and we beg the representative legislature to disallow such unprecedented threat to America’s national security.

Talking and complaining to ourselves on this artificial world of web forums is right where these megalomaniacs want us to be that’s why this document should go viral and be heard by The President and The White House; the final point where these attacks are designed to hurt.

Mr. President, the raw document has been obtained by The Washington Free Beacon through a confidential memorandum from a Media Matters meeting in Jan 2017. Being a long white page document, it didn’t take the public attention as it deserved. What I did was to give it life by connecting the dots and picturing the information to be seen by the public so the reader can easily see the big picture but this being said, is not the only reason the document took public’s attention this time.
Future proves the past. When this document was leaked out, it was just a plan, and it was so treasonous and horrific that no sound mind could believe this memo can be operative. Now after fifteen months, reading the memo is the same as reading the #resistance manual, resisting your Presidency. We see all those never-ending battles, media frenzy, lawsuits, fake scandals, and the Russian witch hunt are the result of this blueprint. This is the real reason that people noticed this document at this time. We have the proof now, so it’s time to bring it back to the table and act upon.
The memo, “Democracy Matters: Strategic Plan for Action,” outlines David Brock’s agenda to attack you, your administration, the Republicans, conservatives and all your supporters in general. To do so, Media Matters uses American Bridge, CREW (Citizens for Responsibility and Ethics in Washington), and Shareblue which now have become Media Matters’ subdivisions. The memo openly and clearly “ confirm” to have the control on all mainstream media and reveals that the mainstream media has an obligation to “guarantee” full negative coverage of president Trump in any situation OR face the consequences.

The memo contains plans to delegitimize you through preventing you from appearing on mainstream media, character assassination and threats of losing job for those in media who let the President appear on their platform, sending Steven Bannon out of the White House as their priority and calling him their most dangerous enemy, attacking and punishing whoever talks about Benghazi, attacking and punishing whoever talks about Hillary Clinton emails, attacking Breitbart and asking Google to drown Breitbart, endless media attacks and lawsuits hoping to lead to the impeachment, labeling the White House’s communications as “government misinformation”, holding Facebook accountable for “what it did” to Hillary Clinton during the election and make it change its policy and fight conservatives as “fake news”, severely censoring conservatives and Trump supporters on social media/mainstream media and also public meetings and appearances, ensuring Democratic control of the Senate in the 2018 midterm elections by army of trolls against Republican candidates, monetizing political advocacy, create algorithms and technologies and using a “digital attacker” to delegitimize Trump’s presidency and damage Republicans.
The phrase “delegitimizing Trump” is a phrase you see it repeats in this memo.
Mr. President, remember that Media Matters is a tax-exempt nonprofit organization which its goal is to “delegitimize” the President of the United States and “punish” and control the mainstream media if they give a positive coverage of him. This is unlawfully the violation of the nonprofit code of conduct and it needs to end.
Below is the body of the 80 pages article.
file:///F:/leaked/Dangerous%20Leaked%20document.pdf
You can also see it directly on my website if for any reason the link above doesn’t work.

Dangerous Leaked document! Share this before they suspend my account. This is the document I was working for 10 days

Our hearts and prayers are with you Mr. President and many thanks for your attention. Please be safe.
March 22, 2018
Ella Cruz
www.ellacruz.org
Twitter @EllaaaCruzzz
Gab https://gab.ai/EllaCruz 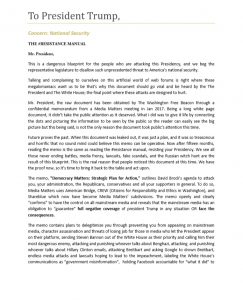 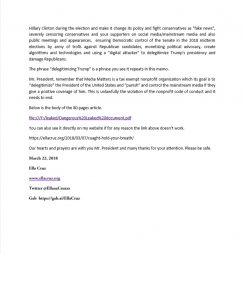 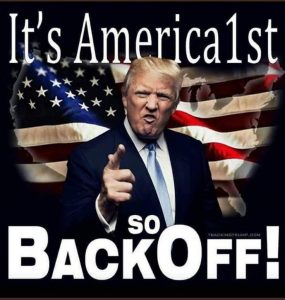