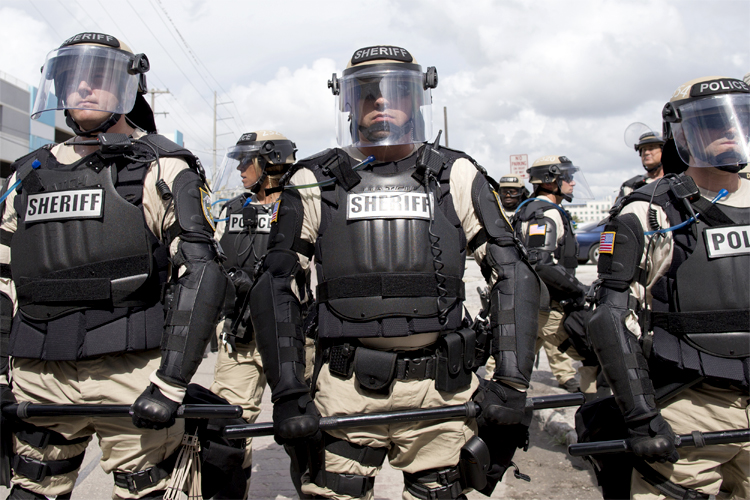 When the virus started to spread in Wuhan, I immediately wrote an article on China Wars On America. In that article one of my questions was if this virus and its global spread will be the ground for a global Martial Law, and I was convinced that the answer is No.

The reason for asking that question is that according to Agenda 2030 and many documents that we have previously published, and the details that I have fully explained in my book AGENDA 2030; An Imminent Danger To Humanity, we are 100% convinced that a Global Martial Law is on the table since decades ago and the awareness we are trying to arise and the articles we write are intended to insinuate the global intelligence and cause to understand that we need to be vigilant and prevent our communities to give in.

The “Global Governance 2025” Is A Joint Agreement Between The UN & The EU, Taking Control Before 2025, Due To A Pandemic, Biological Attack, or An Asteroid

In my opinion, the circumstances regarding the virus, the parameters associated with the situation, and the timing didn’t match the topography of what we have expected from a “Grade Event” to be. According to all documents published by The United Nations and The Intelligence Communities, including “The Global Governance 2025”, “Agenda 2030”, “The Last Election” and many more, a “Grade Event” which will be enough catastrophic will put the world on its knees so the governments will ask for a global superintendence to take control and the methodology will be a Martial Law, closing everything and full displacement of people from rural areas to “smart centers” going effective immediately.

To investigate every event, the news about it contributes nothing to why the event really happened and to find the cornerstone, I need to constantly monitor political figures who are not officially on the scene to know where do they travel, what do they buy as property, stocks, whom do they meet in their trips and much more that is absolutely unpleasant but necessary. However, doing all the mentioned, I didn’t conclude that the Corona Pandemic would be the “Grade Event”.

But the disruption engine is confounding and I start to have my doubts.

A complete shut down all over the world which includes all schools, universities, touristic attractions, sports, churches,  jobs, and almost everything.

People are ordered to stay indoors.

The State of New York announced a curfew from 10 pm until 5 am.

The City of Dallas banned gatherings over 500 people.

Illinois is an eyelash away from becoming a Police State.

Some cities ban on gathering over 50 people.

And more news which I am not going through all of them but look, what triggered my attention here was a very simple take. Why a ban on gatherings more than 500 or 50 and what is the difference between 5 or 500?  Or why a nightly curfew?

Night curfew and ban on gatherings ARE Martial Law characteristics as for a virus doesn’t make any difference to be transmitted through one person, 5, 50 or 500, during the night or the day. That is just obvious. The measures taken in noway fit the situation, the volume of data exploding is not coherent with what we are living and everything seems paradoxical. If state and local governments close down businesses on a massive scale because of a flu then socialism is in action sweeping the economy and harming the country and what is the next step? Federal housing  and food stamps?

The government can use panic to expand control that’s what happened after 9/11. It was a paradigm shift that changed the trajectory of our lives forever and the clock never turned back. The whole control system was born and was not temporary but stayed there for life. The Coronavirus pandemic is without a doubt another paradigm shift. It will change our systems forever but to what extent?

And coincidentally, it is an election season. How will the rallies take place with these bans? How will the Trump Presidency be seen with this panic although he has acted marvelously in comparison with other leaders? Remember that the establishment and the oligarchs intended to have the 2016’s election as the Last Election?

While everybody is waiting for the end of the pandemic to go back to their ordinary life, I am not sure if anything will be back to normal at all and I strongly believe this only depends on us. If the global entities in power have planned to use this pandemic as their “Grade Event”, they have already won because the panic and craziness we are witnessing give them the pass to advance any agenda they are behind and to put people in any camp they planned to.

If people instead, get their lesson from this and use it as a test, and be prepared for the “Grade Event”  which will happen sooner or later (make no mistake, it will be there and it is already at your doorstep), then we better prepare ourselves with any means possible including Aquaponics which are fish tanks to produce protein.

It is early to have a concrete word on this but what is concrete is that we need to prepare and take ALL NECESSARY measures to live independently of a government.