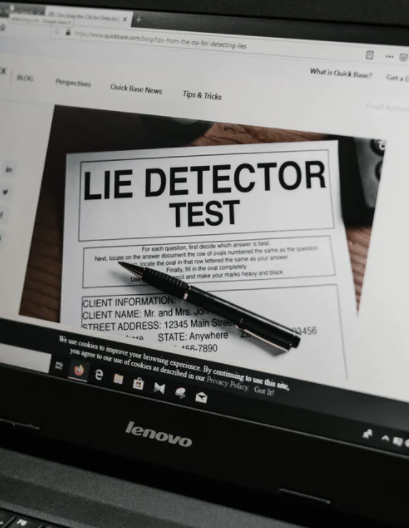 COVID: The Virus That Isn’t There: The Root Fraud Exposed

This is a follow-up to yesterday’s article, in which I exposed the fact that the CDC does not have the COVID coronavirus in its possession, because it is “unavailable.” Their word, not mine.

The CDC is admitting the virus hasn’t been isolated. In other words, its existence is unproven.

You need to realize the CDC, during its own published confession (see below), is discussing this explosive situation in the context of instructing the world how to perform the PCR test.

The test to detect a virus that isn’t there.

Why don’t they have it?

Because they can’t isolate it. That’s obvious.

If they could isolate it, they would.

Let’s not tap dance around this central fact. Let’s not make excuses for the CDC. They have a problem the size of Jupiter. It’s their problem, not ours. But they’re foisting their problem on us, in the form of a STORY ABOUT A PANDEMIC. AND ALL THE LOCKDOWNS THAT FLOW FROM THE STORY.

To say this is unacceptable is a vast understatement. The CDC is committing a crime that has no bounds.

For months, I’ve been writing about the “missing virus” and the studies that should be done to prove it exists—real-world studies that have never been done and will never be done. Now, here is the smoking gun.

I’m aware that many scientists and doctors, who are otherwise exposing the pandemic as a fraud on legitimate grounds, don’t want to touch what I’m revealing here. I would remind them that, months ago, when some of us were already exposing the PCR test as unreliable and useless and deceptive, THAT ISSUE was too hot to touch. But now it isn’t.

The truth is only bitter for those who are hiding it.

I’m also aware there are people who have been building scenarios about how the virus is “activated.” Certain frequencies wake it up, and so on. Well, the question is: WHAT VIRUS? THE ONE THAT ISN’T THERE?

Still other people would say, “Then what are all these scientists sequencing in their labs, if it’s not the virus?” Again, not our problem. They might start with a piece of RNA, and then claim, without proof, it’s part of SARS-CoV-2; and they go to work on it. They claim anything they want to. It’s not science.

Another question that arises: if the virus is missing and has never been isolated, has never been proved to exist, what are they putting in the COVID vaccine? That’s a question that should be answered by law-enforcement agencies raiding many facilities and seizing materials and finding honest scientists who will discover what is really in the COVID vaccine brews. Waiting for that to happen…the sun could go dark first. In the meantime, do you want to take the shot in the arm?

Some people have claimed there are “animal models” which prove the coronavirus exists and is harmful, because the animals become sick, when they are “injected with the virus.” This is incorrect on two counts.

First, the animal models are supposed to progress through various species, until they arrive at animals that most closely resemble humans; chimps. The animal models being cited are mice or hamsters, which are very, very low on the totem pole.

Second, what are these mice being injected with? It’s supposed to be pure virus. But instead, it’s a soup which contains all sorts of material, including chemicals. The chemicals could be causing the animals to become ill.

Here is my breaking story about the virus that isn’t there, from yesterday:

The Smoking Gun: Where is the coronavirus? The CDC says it isn’t available.

Buried deep in the document, on page 39, in a section titled, “Performance Characteristics,” we have this: “Since no quantified virus isolates of the 2019-nCoV are currently available, assays [diagnostic tests] designed for detection of the 2019-nCoV RNA were tested with characterized stocks of in vitro transcribed full-length RNA…”

The key phrase there is: “Since no quantified virus isolates of the 2019-nCoV are currently available…”

Every object that exists can be quantified, which is to say, measured. The use of the term “quantified” in that phrase means: the CDC has no measurable amount of the virus, because it is unavailable. THE CDC HAS NO VIRUS.

A further tip-off is the use of the word ‘isolates.” This means NO ISOLATED VIRUS IS AVAILABLE.

Another way to put it: NO ONE HAS AN ISOLATED SPECIMEN OF THE COVID-19 VIRUS.

NO ONE HAS ISOLATED THE COVID-19 VIRUS.

THEREFORE, NO ONE HAS PROVED THAT IT EXISTS.

As if this were not enough of a revelation to shock the world, the CDC goes on to say they are presenting a diagnostic PCR test to detect the virus-that-hasn’t-been-isolated…and the test is looking for RNA which is PRESUMED to come from the virus that hasn’t been proved to exist.

And using this test, the CDC and every other public health agency in the world are counting COVID cases and deaths…and governments have instituted lockdowns and economic devastation using those case and death numbers as justification.

“The COVID-19 virus is somewhere in the material we have—we just haven’t removed it from that material. But we know what it is and we’ve identified it and we know its structure.” NO YOU DON’T. YOU ASSUME THAT.

Science is not assumption.

They say they did. But in July, the CDC is saying no virus is available. I guess that means trucks were not available to bring the virus from that lab to the CDC. The trucks were out of gas. It was raining. The bridge was washed out. The trucks were in the shop. Joe, the driver, couldn’t find his mask, and he didn’t want to leave home without it…

Science is not assumption.

The pandemic is a fraud, down to the root of the poisonous tree.

Horowitz: A New Declaration of Independence — From Coronavirus Fascism and Anarchy

The New Climate-Change Style Science: Any Objection To Fear-mongers & Challenging The Severity of Coronavirus Will Lead to be Mocked & Suspended